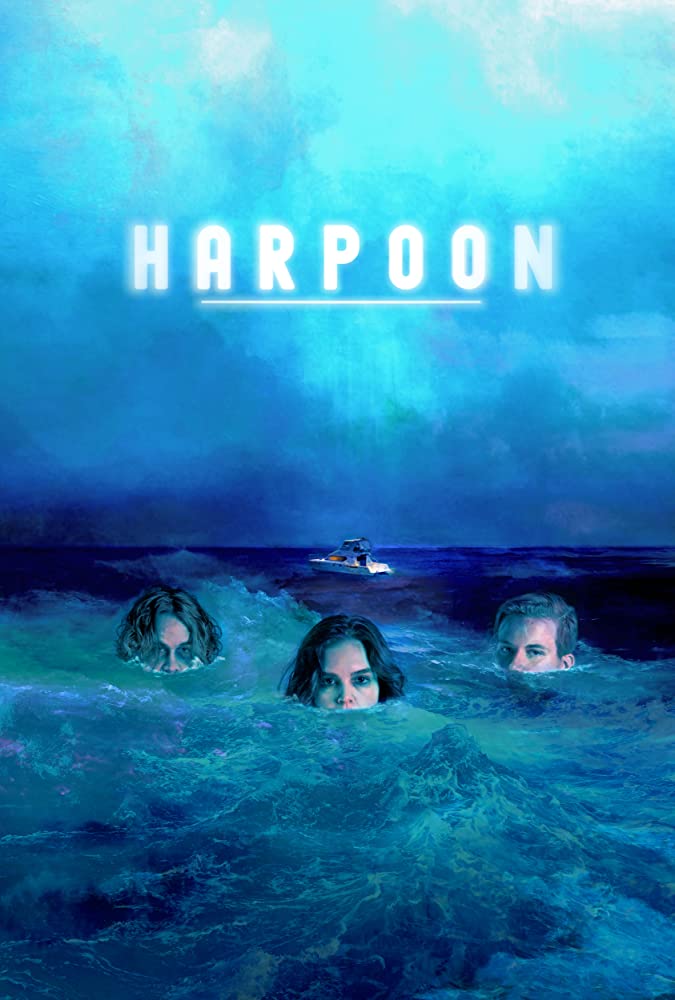 Harpoon is director Rob Grant’s most conventional film of his decade-long career given his past experimental approach to film-making. Harpoon is hardly experimental and therefore much more accessible, though it retains the staunchly independent qualities that define his work. This latest effort possesses the barest of plots: the basic notion of survival when stranded at sea. The unique approach to this simple narrative renders the narrative meaningless. Anything more would complicate this very funny experience.

Why? He and co-writer Mike Kovac take this typically dramatic situation and flip it onto its head, morphing it into a black comedy, poking fun at this common basis for a story: remaining unpredictable as a result. It is clear that the film never takes itself seriously, which is made very obvious from the beginning: the opening moments feature a serious, violent altercation between close friends. As this is happening, a narrator casually lets us know what is happening and why. The tone of his voice is perfect, sounding uninterested and sometimes sarcastic. The contrast of his care-free narration and what is happening on screen couldn’t be bigger, added to this is that while hilarious, it creates a legitimate feeling of suspense.

After this opening sequence, the three friends set sail for what we are told is their favourite activity – whether this is fishing or simply being at sea is never addressed, cementing the absurdity of the entire situation they find themselves in when out at sea, the boat refuses to start when it’s time to head home. Richard (Christopher Gray), the boat’s owner, is far from the sharpest tool and assuming their trip would be short lived, provisions are low. The radio barely works. Making this situation a hilarious predicament is quite the achievement.

No matter how serious the situation becomes, Grant masters the film’s comedic tone. His sarcastic narrator adds to the absurdity. Once they realise that they are a serious predicament, the film becomes increasingly void of any nuance. Most noticeable is their extreme overreactions to the situation they find themselves in. The comedy becomes increasingly dark as their actions gradually rise in intensity. 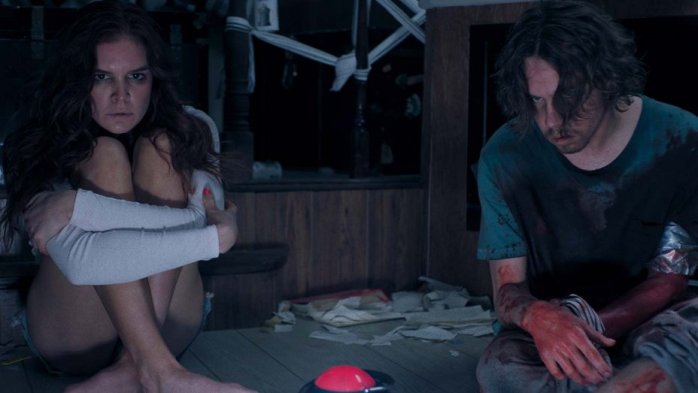 Given the style of comedy, it is hard to see Grant expanding his audience with this film, and it doesn’t seem that he cares. This attitude to film-making is rare and should be commended: it is hard to think of many names who deliberately create films that won’t be box office hits. A thoroughly independent director, the lower budgets he operates 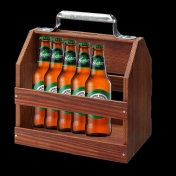 with don’t pose any obvious problems as what he sets out to achieve doesn’t require large names or large casts. Three low profile actors are more than enough for Harpoon to work its magic. It obviously isn’t for everyone, but the crowd it aims at, those with dark and twisted senses of humour, are guaranteed a fun 90 minutes. We need more directors like this, as the film proudly stands out as a film unlike any other.

Five beers out of a six pack.