PT 3 – (FINALLY) THE END OF MY DRUNKEN MIDSOMMAR DIATRIBE 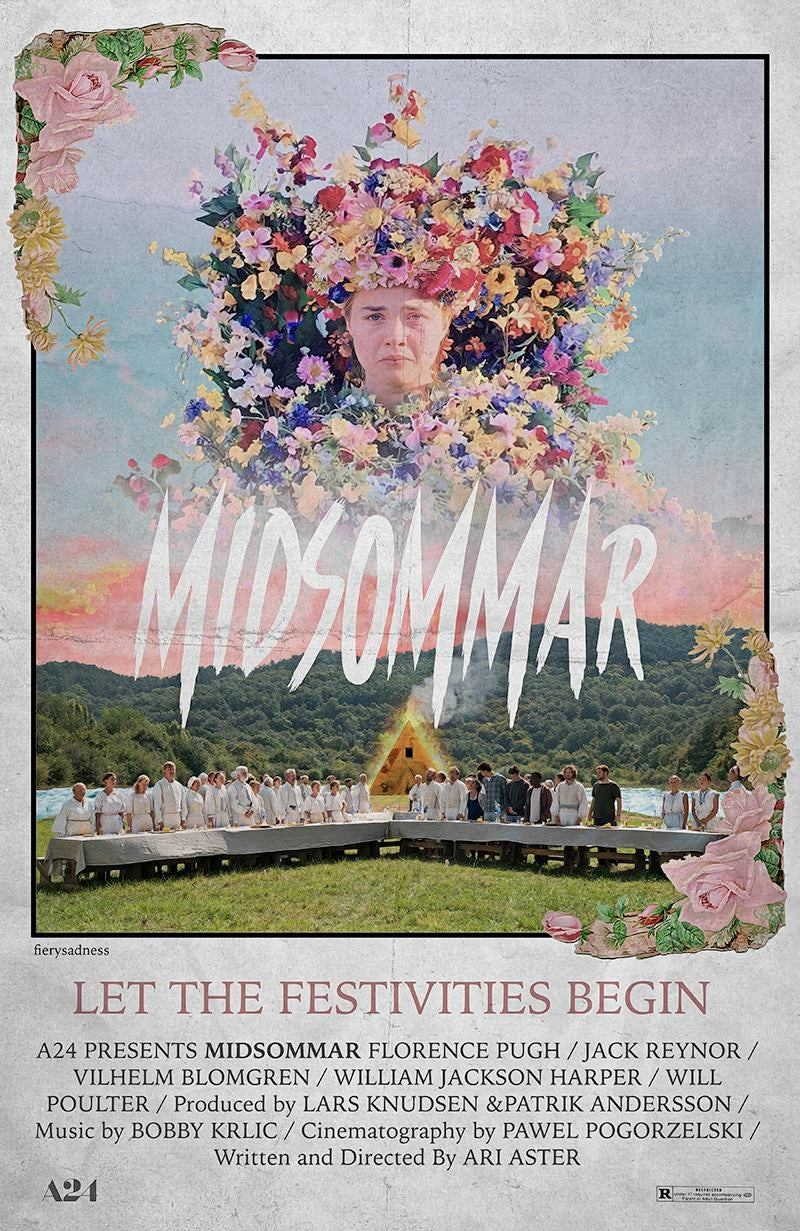 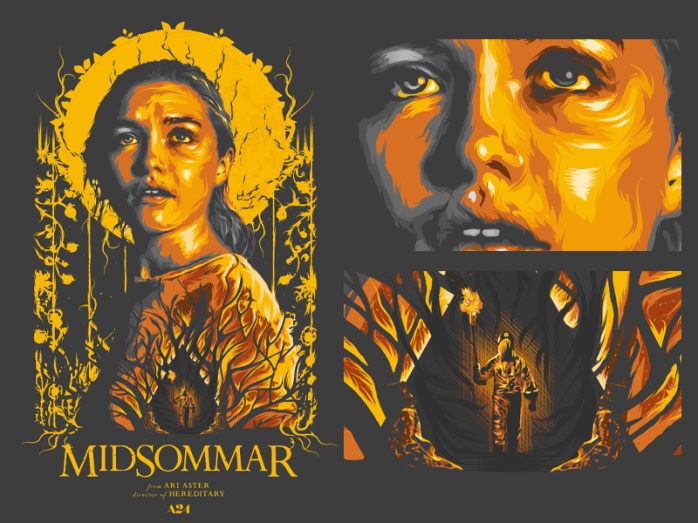 The extensive use of psychedelics against Christian’s will is hard to ignore; it is clear that after Dani is crowned, Christian has no idea what is happening, amplified by the man next to him blowing yet more foreign but obviously psychedelic dust from the palm of his hand into Christian’s face, a bit of a sucker-punch if you ask me

When Dani is crowned the flower princess, in one of many references to Paganism, it is yet another worship of nature as Dani is covered in flowers to celebrate the occasion, while the visiting men who burn to death also feature themes of nature: the pelt of a bear, flowers replacing the eyes in another victim burnt by the fire. The foot of another protrudes from dirt too. Dani’s smile to end the film as she turns to look at Christian burning alive leaves us to wonder what exactly her fate is.

Also interesting is that his name is Christian. Who was it that essentially wiped this demonic (we truly do need a sarcasm emoji) religion from the face of the Earth? Yup. Nice stuff Ari.

While the filmmakers have attempted to explain some of the paintings and their symbolism, yet conveniently leave out others that are in the film, either way I’m one who tends to ignore a director trying to tell us how certain images are to be perceived. It reeks or arrogance, and this was never more egregious than when Darren Aronofsky was telling people that this is how mother! was to be interpreted. I’m sorry guys, but we all have minds of our own and a life experience of our own. With that irritant out of the way, could this below have something to do with what is planned for Dani, whatever it may be? It doesn’t seem to relate to any other scenes of the film. 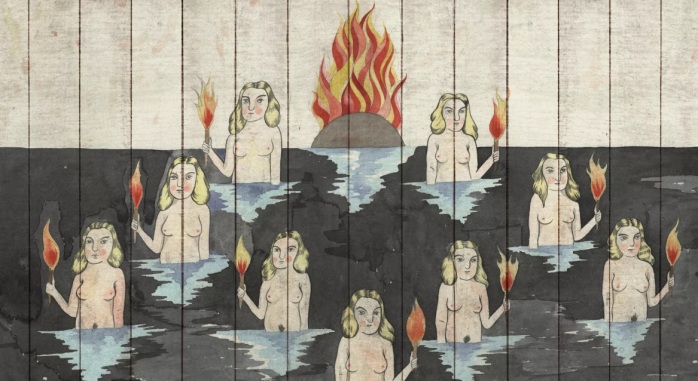 When we see her move after the ceremony where she sits at the head of the table, the amount of flowers covering her makes it extremely hard to make progress. Dani can barely be seen underneath the absurd amount of flowers that seem to slowly grow and cover her, as if they are threatening to eat her alive. Is this the last stage of the pagan’s plans for her? Are her ovaries what is depicted above, to be alight with life much like the girl who a drugged Christian had sex with?

Importantly, let’s recall how happy Pelle was that she was able to come… despite her being a friend’s girlfriend, someone he doesn’t know too well and certainly isn’t friends with. Why would he talk to her like that – her response to his statement at first has more than a trace of confusion.

The juxtaposition between the bright, sunny environment and the actions of the Hårga make each of the unpleasant, distressing scenes feel somehow more evil in nature. They clearly use all outside visitors, including Dani despite the smile on her face, which may not even be related to Christian given the psychedelic drinks consumed, as well as the mushrooms earlier that she did not react well to.

This subject matter is far from fiction too: most of the traditional/ceremonial events we see are based on ancient cultures; the traditions of those times were brutal beyond belief. An interesting question could be: do any such the tribes still exist? In the Amazon perhaps? Aster has again created a true mindf*ck of a film, and I absolutely love it. 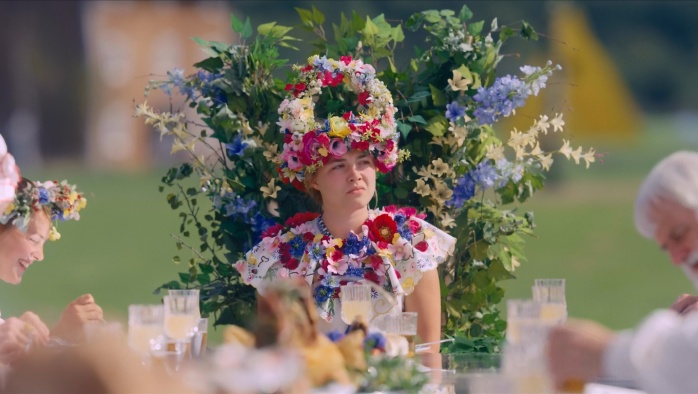 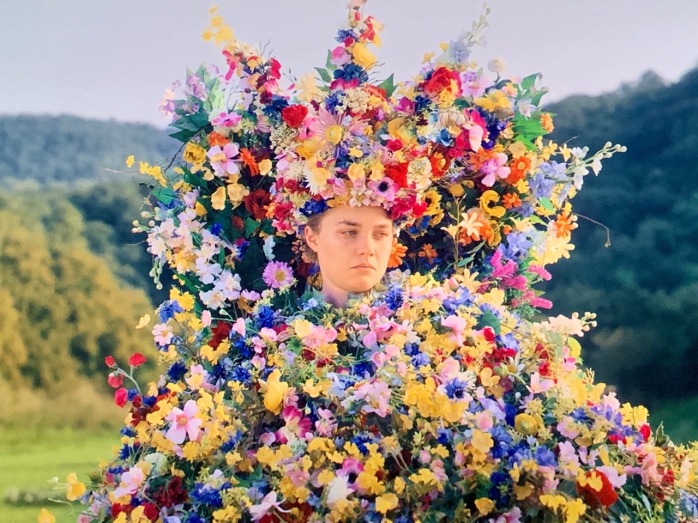 Is this a floral crown of thorns combined with being nailed to a cross? She can barely move, and is wearing a floral combination of a crown of thorns and the pope’s funny hat. There is some connection to Christianity, I’m sure of it. Or, perhaps I have just watched this damned film too many times.

Ari Aster has resurrected the horror genre (arguably along with Robert Eggers), setting the bar incredibly high. If the characters weren’t so typical and shallow, this would be a perfect film. But that may well be the point: in religion like this, personalities aren’t a part of the culture, rather it is the whole that matters much more.

Midsommar is damned close, if not the best, psychological horror film ever created. While very different from Polanski’s Repulsion, both succeed in burrowing into your brain to create scenes that will take some time to leave you alone at night. Despite being decades apart, both are must-see movies that are hard to forget.

It feels like this should be a good time to make my own list of films that have thoroughly drilled through my brain. I can’t explain why I like films that severely screw with my head, painting images for me to see every time I close my eyes. It doesn’t make a whole lot of sense I must admit. I suppose I like to challenge my self. Mindf*ck movies thankfully are still around other that Aster: The Lighthouse by Robert Eggers certainly causes madness and creates memorable images. Aronofsky’s mother! is somewhat in this category, though the Colombian film Monos by Alejandro Landes is one of the best movies of my made-up genre that I have seen yet… apart from Midsommar of course, as it is one of the most f*cked up films I have ever seen, the events that unfold, the artwork that we see, that final scene of the building burning down completely is one of cinema’s best scenes/ending to exists. If this film does mess with your head, then there really is something wrong with ya. Unfortunately it doesn’t seem like he has a project in the future, but I am sure that it will be fantastic. 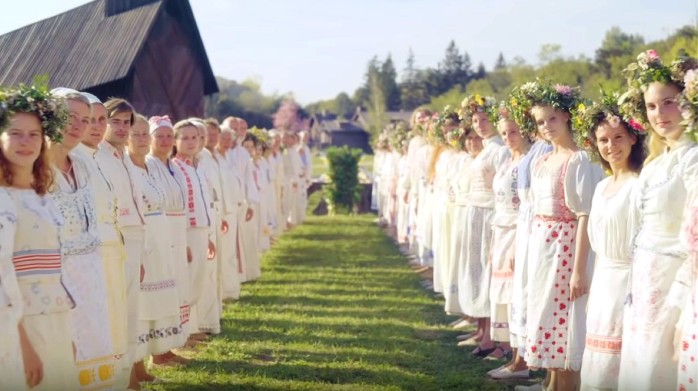 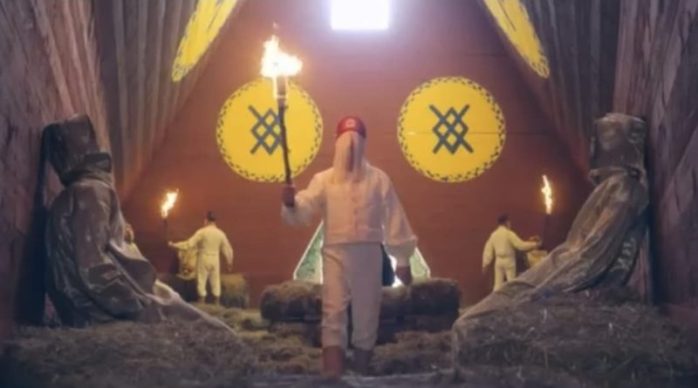