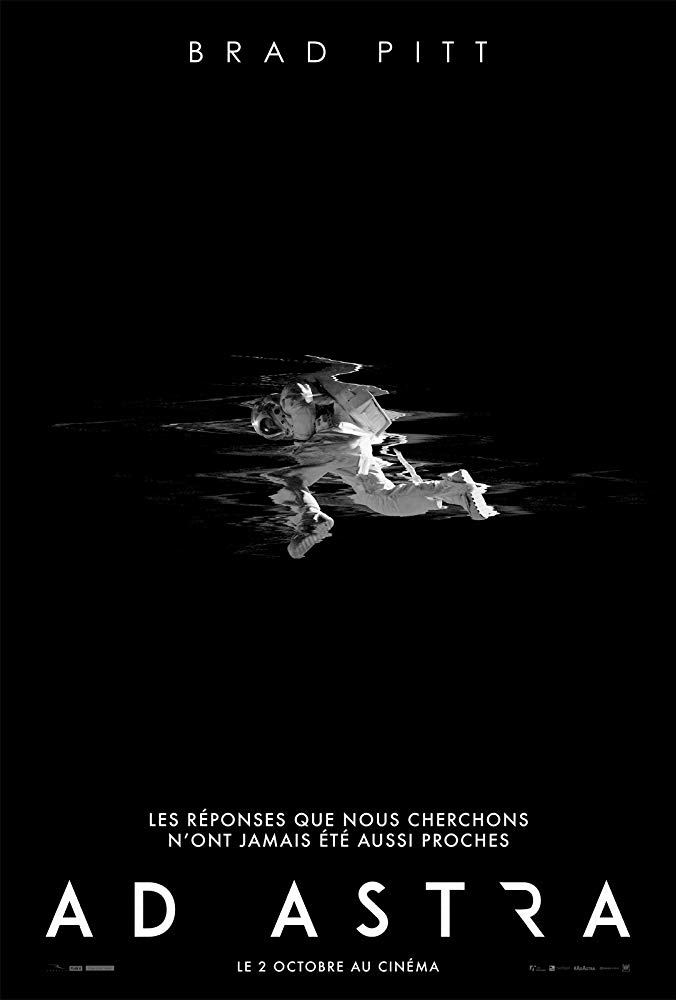 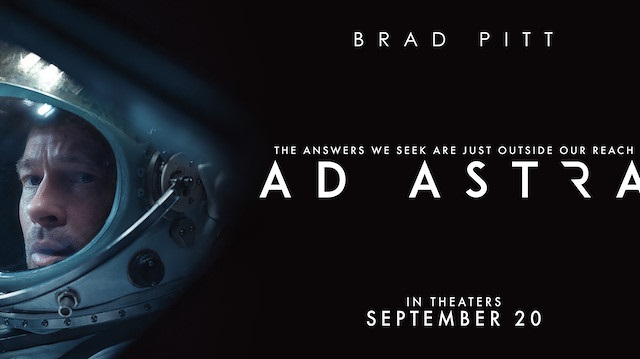 James Gray is one of the few directors in Hollywood, or perhaps on the skirts of Hollywood (his films do feature big name actors) who makes films for himself and anyone who happens to enjoy it, refusing to cater to popular taste. Indeed, this is a man who told Cannes Critics to go f*ck themselves following the screening of The Immigrant in 2013. It is refreshing to see films in the mainstream that consistently intrigue, or at least attempt to carve their own path with their originality.

Taking place in the near future, Ad Astra centres around astronaut Roy McBride (Brad Pitt), whose father Clifford McBride (Tommy Lee Jones), a fellow astronaut, is regarded as a hero of space travel due to his achievements in outer space, specifically his dedication to the task of finding other life-forms somewhere within the cosmos, as well as travelling further from Earth than any other human, despite the obvious risks. When he was near Neptune, communication with Clifford was lost.

It is soon suspected that Roy’s father is responsible, as the surges are coming from near Neptune – exactly where Clifford’s ‘Lima Project’ lost communication with Earth. Roy’s relationship to Clifford is used to make contact with him as authorities now suspect he is alive and responsible for the electrical surges.

Before this, the film starts strong: an impressive sequence sees Roy repairing one of Earth’s space antennae, whose purpose is interestingly similar to that of his father’s mission goal. Severe electrical surges smash into the antenna, sending Roy hurtling towards the ground in maybe a nod to 2001. It is an ideal beginning, wasting no time in launching the story.

Roy’s feelings about his father are obviously mixed and confuse him for the entire film. Clifford left him when he was 16 to venture into space knowing there was a good chance he’d never return. It is never clear if Roy resents him for this, as he is the epitome of calm. Or cold, depending on how you perceive it. Even while falling from a very high altitude, his heart rate never went over 80, and never has. This is an interesting symptom of the way he internalises and compartmentalises different aspects of life, which led to a divorce and being told, ‘even when you’re here, you’re not here’. This is one of very few flashback sequences, there’s enough to establish Roy’s loss without adding a needless romantic component.

His personality shares parallels with his father – we regularly hear his internal dialogue which, while poorly written, invites us into his psyche. Once we hear how conflicted he is about his own personality, it is unsurprising that he constantly looks confused and lost, as if he is unsure what to think or how to act… apart from how to complete his mission.

Gray uses the setting of space, as well as the coldest planet in the solar system to provide apt, if not somewhat obvious metaphors for the distance between the two, both in distance and psychological distance, which are both due to his father’s decision to leave. Neptune seems to embody the cold qualities of both mens’ personalities, and while they are different people, Roy becomes increasingly entangled in his own paranoia, wondering if he is more like his father than he would like, or if he is in fact slowly turning into his father. Regardless, he moves forward on his increasingly complicated mission. True to his word, he is dedicated, but is soon experiencing a severe personality crisis.

While far from subtle, this allegory for strained relationships between fathers and sons, a much more serious issue than many realise, and an unhealthy way to process one’s emotions and problems in life, is beautifully presented. Hypnotic yet understated camerawork pulls us further into Ad Astra’s world. The icing on this proverbial cake is the score by Max Richter, who used real sounds taken from Voyager satellites, as well as his compositions, to create an appropriately otherworldly atmosphere.

Ad Astra’s story truly does aim for the stars in it’s ambition, as per its Latin translation ‘To The Stars’. The themes of father/son relationships, of internalising and compartmentalising different problems, are all sensationally portrayed by a typically stellar Brad Pitt who never looks remotely happy, or even comfortable.

Apart from the poor dialogue written for Roy’s internal dialogue, this movie is gripping, hypnotic and meaningful while packing a powerful emotional gut punch. The amount of positive adjectives I could use to describe this film feels limitless. Like all of Gray’s films, Ad Astra is unique and will again become divisive. It is a film that truly begs to be seen at least twice.