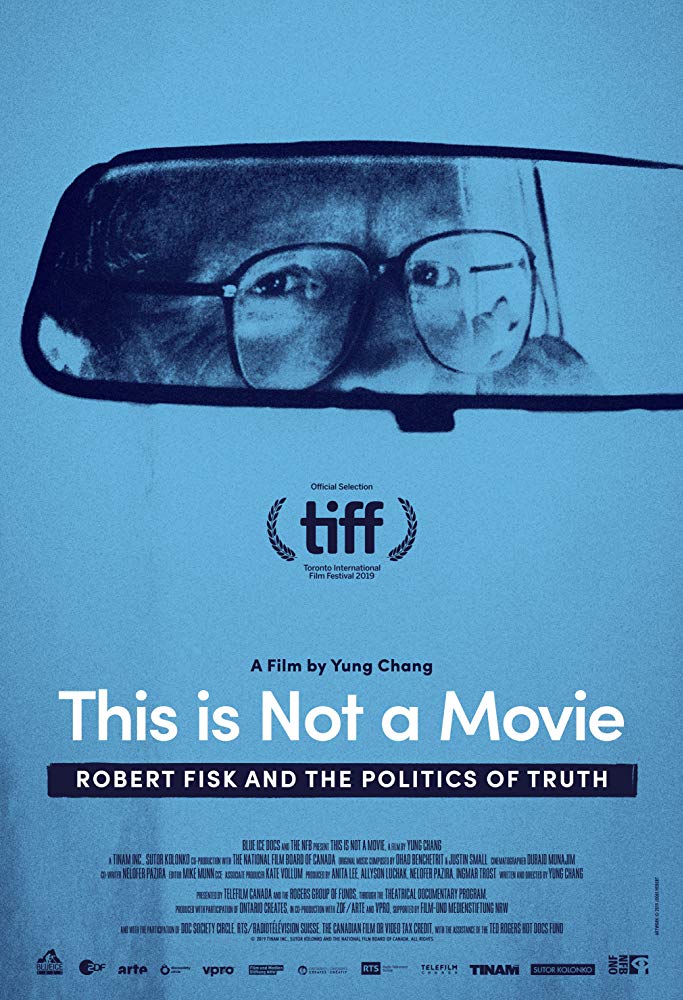 The English foreign correspondent/journalist Robert Fisk, as well as his body of work, is the subject of this riveting documentary that covers his career of incredibly brave reporting from the most dangerous areas in the world. Beginning in Belfast, the Englishman witnessed firsthand what his government/military was doing, leading to his core principle of challenging authority. His work soon led him to the Middle-East in 1976, and Fisk obviously never intended to give up that position, moving to Beirut that year.

From the Iran-Iraq war starting in 1980, to Israeli-Palestinian conflicts, to the war raging in Syria to this day, we see many times how Fisk is forever determined to sprint toward the front-lines, and importantly, to remain neutral and objective. He even interviewed Osama Bin Laden on three separate occasions; he is one of few Western journalists to have ever spoken to him, let alone three times.

His determination to report the truth that he witnesses with his own eyes is constantly on display, his work often casting him as demon in many eyes due to his dismissal of government, UN and NATO stances if what he sees on the ground contradicts these ‘official stories’. He also is intentionally ignorant of mainstream media, seemingly disgusted at clickbait/Facebook ‘news’ articles that exist only to confirm an opinion, rather than shining light on the objective truth.

Now in his 70’s, he still reports the truth vigorously, without fear of reader’s opinions nor the war-zones that surround him. We witness challenging images of dead bodies, one pile of which he needs to sombrely climb over; we can only wonder how many lifeless bodies Fisk has seen throughout his career. He somehow manages to remain unfazed and determined to report what he sees on the front-lines.

Perhaps the only problem is that, having covered so many conflicts, it is difficult to learn anything about any single one. But this isn’t the point of the documentary, rather the subject is Fisk and his declaration that what he wades through, the carnage he has witnessed is indeed ‘not a movie’.

While Fisk is present for the entire run-time, a very interesting personality, the ultimate message present is what he has always stood for: challenging authority, believing only in what you have seen with your own eyes. To remain objective. Immensely educational, this is sure open eyes as to what official stances are on certain conflicts, as opposed to the often horrid truth.

After all, the freedom of speech the Western world enjoys is a major part of the US Constitution, and contrary to the thoughts of many, challenging authority is the sign of a true patriot. Love him or hate him, Fisk’s courage and determination to immerse himself in dangerous situations is impossible to ignore. Once the short run-time is over, it seems clear that this man should be a household name among war correspondents. However, it seems that the truths he uncovers aren’t popular among the ruling class, limiting his work to an independent newspaper that is now only available online.

If these current affairs are of any interest to you, Fisk is a name that must be researched, and this documentary is the perfect launchpad for such an endeavour.