Still living with her parents, Seconda hasn’t left the house in nine months. After her mother dies in front of her eyes, her father taking flight soon after, she is thrust into a situation that she isn’t equipped to deal with.

An incredibly unique film addressing mental health – specifically agoraphobia and social anxiety – Love Me Tender is unflinching in its depiction of a young female suffering from these conditions, with no cliches to be found.

Her child-like ignorance to the outside world is obvious as once left to look after herself, she takes to throwing rocks at people from her second storey window, perhaps a reaction to the threatening phone messages she receives pertaining to her father’s disappearance. It could also serve as a metaphor for how she feels when seeing others who are happy and able to roam the outside world she fears without issue.

However, circumstances soon demand she leave the house, forcing her to confront her fears. Clad in a blue jumpsuit, her ignorance to social ‘normalities’ is evident as individuality and the unneeded pressure many feel to conform to these perceived societal norms is explored.

Seconda doesn’t try to conform at all, although it becomes clear that she is probably incapable of doing so. Free from her home but now in an unfamiliar place, the film becomes increasingly surreal as occasional hallucinations serve both as a coping mechanism while also suggesting possible reasons and events from her past that explain her current situation.

Love Me Tender is often brutal and overwhelming in its depressing tone, though a healthy side dish of dark comedy provide brief reprisals from this and given the film’s honesty, these laughs never feel exploitative. The inexperienced Barbara Giordano is hauntingly realistic as Seconda, conveying sad truths about severe mental illness while serving as a sturdy anchor for a challenging but rewarding experience. 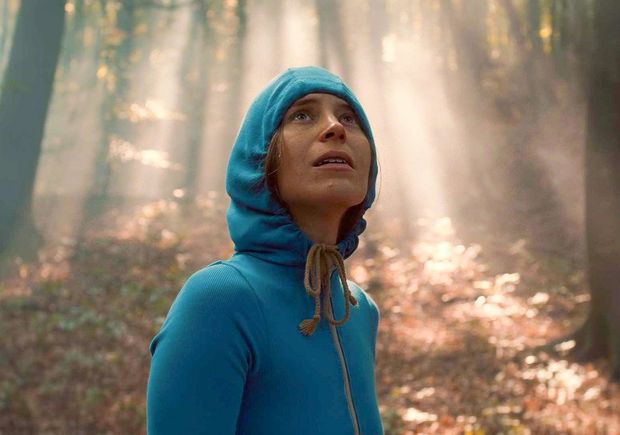