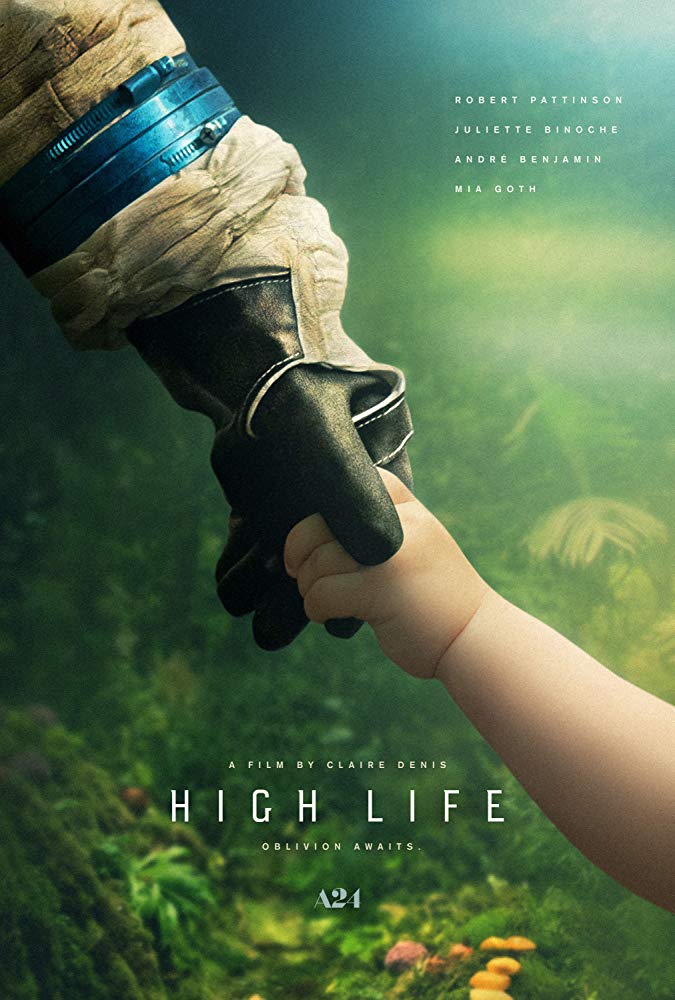 High Life, Clare Denis’ first journey into space and the English language filmmaking, is a sci-fi adventure unlike no other. Death row prisoners are being sent into space to be used as guinea pigs – an instantly interesting core upon which High Life is built around. One of the inmates, Dibbs (Juliette Binoche), is a doctor and she obsessively collects sperm from her male companions in exchange for sedatives. Her immediate goal is obvious but her exact intent is very hazy.

In fact, none of the explanations in High Life come easy. The opening scenes of fellow inmate Monte (Robert Pattinson) and an infant daughter are far from accessible given the slow pace that the film instantly establishes. The dark and foggy atmosphere further adds to the horrifying things that unfolds – the actions, the lack of trust, and particularly the desires of some. The consequences of sending prisoners into space, alone and only themselves as company, quickly become apparent. They were removed from Earth as they broke their moral contract, but in space there is no true authority. Therefore, there are no enforced rules.

Using flashbacks and flashforwards that shouldn’t weave together as seamlessly as they do, the chronology never being marked, Denis’ tale requires the utmost focus from the viewer. With a structure such as this, incorporating narration by Monte is a smart choice. He sounds robotic and cold, a true reflection of his personality. He doesn’t reveal much other than the mission parameters; creating a complex mystery with scenes that seem to be tossed about randomly. Until it all clicks together.

The lighting is also another layer of the film that lingers, as sterile medical scenes are shot in normal light, while the more sinister acts take place in stark red and blue colours as Denis takes a cue from Nicoloas Winding Refn and fellow French director Gaspar Now. The lighting isn’t a giveaway however, most of these lighted scenes are free of anything malicious. The ship does however have a malicious situation that bubbles under the surface

Pattinson features in most scenes, his character is bleak and flat. Given the time he is on screen and the nature of his narration, this is intentional. It mirrors the entire mission, as well as the crew being prisoners and having been treated as such: humans without worth.

Juliette Binoche is, unsurprisingly, is the most memorable character as the witch-like Dr. Dibbs. At one point referred to as the “Shaman of Sperm”, her background is another one of the film’s many mysteries and her intentions become increasingly unpopular among the crew. Binoche’s performance, and the sublime material she has to work with, make for a truly unforgettable character.

High Life is indeed a divisive experience and has landed mixed reviews. The flashbacks (or forwards) often ask questions that are later answered. Due to the vile sequence of acts that make up the story, the subtle yet unsettling tone does not relent, it is easy to see why many are divided on it. However, it is clear by film’s end that High Life demands multiple viewings to piece its fragments together. Not to mention the space-based ambiguous nature of the ending, almost rivalling 2001: A Space Odyssey, which is not bad company to be in 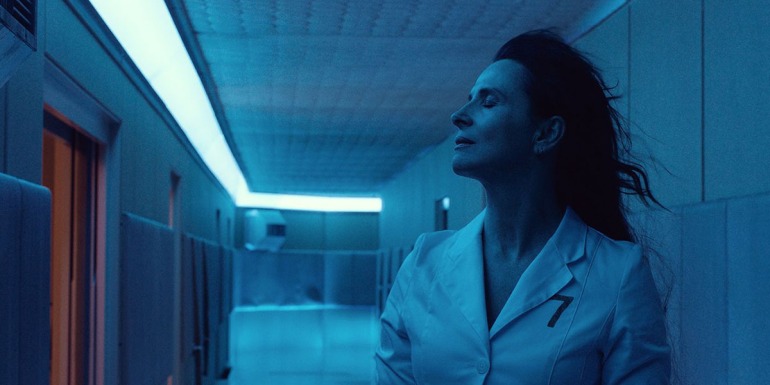