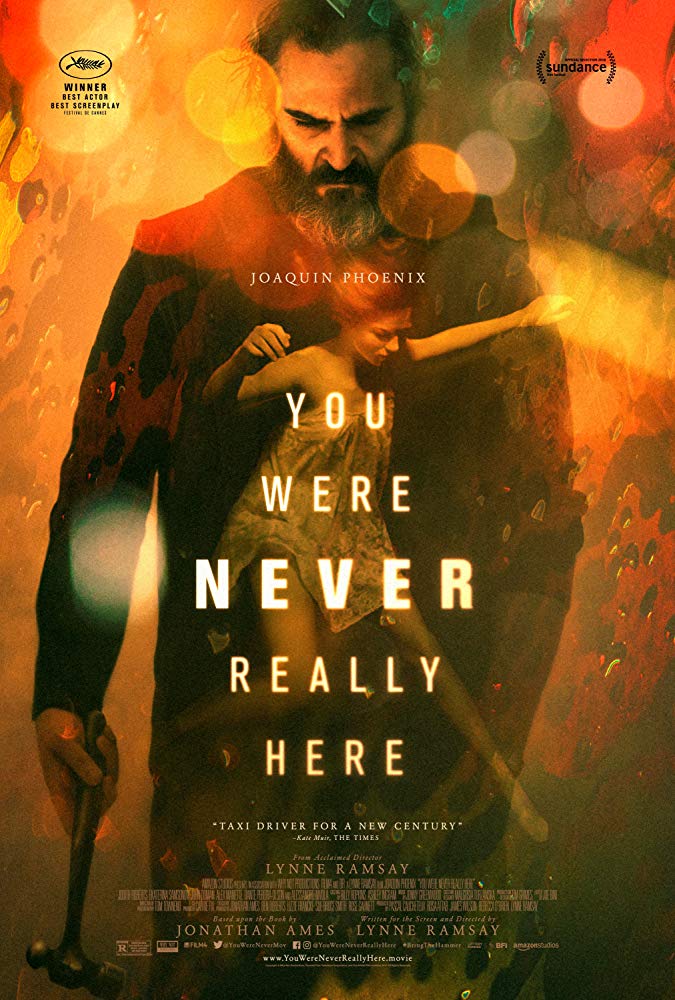 A grisly looking, bulked up Joaquin Phoenix dominates nearly every frame of this memorably grim, violent and powerful film, and with little dialogue it is intensely cinematic and immersive. It puts one on edge without trying, not to mention dark: both figuratively and literally: the events of the film are not for the light of heart, and nearly every outdoor scene is shot at night.

Joe (Phoenix) plays a man who scares his neighbours, prompting them to go inside their house whenever he is around. Perhaps due to his unkempt beard and long, greasy hair, or maybe something more. He is a big, intimidating looking man but how much do these neighbours know about him? The opening scene alone raises questions as to both his mental state and what he is doing for a living.

The first we see of him is his face with a plastic bag over it, as if he is trying to kill himself. Trying to experience a journey towards death but not quite getting there. Is he suicidal? Maybe, but more probable is that it is has become a coping mechanism-turned-habit due to a troubled childhood. The horrors of war also haunt him; he is also in mourning or still troubled by the loss of a loved one; before tearing the plastic bag off his face a girl’s voice whispers to him, and once he has ripped the bag off he immediately burns a photo of a young girl. Within one scene we see an mentally broken, beaten down man. Needless to say, it is a powerful introduction.

His neighbours also may be avoiding him knowing of his job, though its exact nature is a mystery: after he tears the bag off, throwing it down the toilet filled with blood, he picks up all of what look like a girl’s belongings – including a bracelet with a name on it – and carefully leaves what looks like a hotel. Whatever he is doing, it doesn’t look legal. It already feels as if Lynne Ramsay is deliberately playing with the viewer, creating doubt not just with the opening scenes, but also with the title of film itself; whether it references the character of Joe or the memories that make him the man we witness, we never find out.

Revealing more of his character, apart from being a violent man (yet also caring as he looks over his grandmother) are flashbacks that pepper the film but never reveal much or last longer than a second, showing just enough to amplify the intensity of scenes without going into detail, not just maintaining atmosphere created but adding to it. The lack of detail may leave some wanting more, but what is seen effectively paints the type of person he has become, not to mention a couple of potential reasons for the large scar that dominates his upper back.

Due to these short and for the most part uninformative flashbacks, the violent events unfold unimpeded, with only quick flashes of his childhood, which add to the chilling vibe of certain scenes. Ramsey again uses misdirection, as well as a story that includes Joe’s hammer, as it is said at one point when he is hired, ‘I’ve heard that you can be brutal’ From here, we find out just how brutal.

Such a word almost isn’t enough to describe this man. Phoenix’s powerful performance and Jonny Greenwood’s score, alternating between 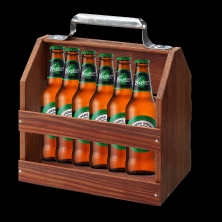 hard electronic beats and strings where appropriate add yet more to black fog that hangs over this film, the very small use of dialogue more-so. And with everything unfolding at night, it feels appropriate for a movie this gritty. It constantly keeps the viewer guessing, but every other element used tells us what we need to know. Except for that damned title!

Coming out of nowhere for this viewer, Ramsey is not a director I was familiar with. But it is a film I have revisited several times, never quite knowing what to say. I look forward to going back through her films as well as waiting for her next.

Easily a full sixer. The best film of the year.