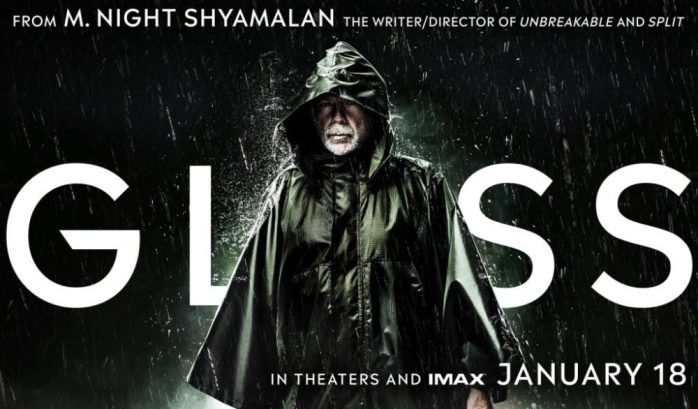 Is life is a comic book?

That is what this film is suggesting, or at least trying to, in an appropriately tongue-in-cheek fashion. It is a creative notion it must be said, but the execution for the most part is average at best. The fictional world created is fun and well-realised, despite it being indoors, but the compliments on the direction stop there, for one this well-built interior ‘world’ has almost nothing to do with the films it is connected with at all.

Much of the film is laughable, and for the most part unintentional on the film’s part. Countless scenes not intended to be funny are hilarious, which actually creates a fun experience. Almost certainly not in the way intended though, as it is giving us a good laugh while the film is attempting to thrill and create tension. It certainly isn’t labelled as a comedy.

The basic plot is that the roles are reversed compared to the last film, in that Kevin (which seems to be who he is referred to as most in the film so lets stick with it) is the one who is imprisoned, though not after having played some sick games himself to kick the film off. But on his way home he bumps into David Dunn, who for no clear reason whatsoever is now hunting down criminals with his ‘superpower’. At this point it is clear that M. Night is trying to work backwards, clutching at straws, using the two main characters and actors from Unbreakable.

Soon both are thrown into cells, Kevin’s trimmed with harsh lights that flash automatically if he tries to attack, or even get near any worker. Somehow these lights trigger a change in one of his personalities. Unlike Split, there is no attempt to try and legitimise the disorder of DID (or multiple personality disorder as most know it), which is indeed a good thing for the film.

Instead, the writing takes a 180 degree turn as the doctor featured in this movie ‘specialises’ in dealing with those who are delusional in thinking they are superheros. Laughter aside, it again it must be asked, is this a dark comedy? Intended as a satire of the endless sequels and franchises that cannot be ignored in modern cinema? It would be quite clever if this were the case, but it is hard to believe.

The titular character is played by Samuel L. Jackson, the man ‘made of glass’, as we are working backwards so this film and its prequel can be connected to a near two-decade old film. He joins the others in the amazingly poorly-guarded facility, held in his own cell.

His character is mildly reminiscent of the one he played in Unbreakable, but here he is delusional in a much more idiotic manner. Comic-book film tropes are thrown around recklessly in perhaps an attempt to be ‘meta’, but it comes off as if it is treating the audience as fools. One character actually screams at one point that what is happening to him is his ‘backstory’, which if you think about it for a bit, is genius in its idiocy.

But not unlike Split, questions must be raised as to what M. Night has been trying to achieve over the last few years.

What were his intentions with his recent films? Like Split, and The Visit for that matter, what type of film is he trying to create? Is this an ingenious dark comedy, where the laughs are intentional? Or is it, more likely, a confused mess? Is he trying to create thrillers, or comedies? Adding to this confusion is that, like Split, this film features a fantastically dark and atmospheric soundtrack, both thanks to West Dylan Thordson. It seems though that his excellent work is gone to waste.

More importantly, while it does seem obvious, is Shyamalan cashing in on the current franchise disease infecting mutiplexes worldwide? To the credit of such films though, while creating fantastic universes that connect films, none have tried to link two entire films by dusting off such an old movie that obviously was not written with either of these films in mind. After a slew of horrid films on his part, it is a very lazy attempt to return to form.

After the mid-credits scene of Split and the return of Dunn for Glass, amazingly it turns out that the only connection between the characters of Dunn

and Kevin is so arbitrary and meaningless it is honestly extremely difficult to aptly describe it.

The really sad thing? It worked. This film is making millions well into the double digits.

2 beers out of a sixer. It is only better than Split in that it makes a liiiitle more sense, and is funnier, even if the film isn’t aiming for such a reaction.