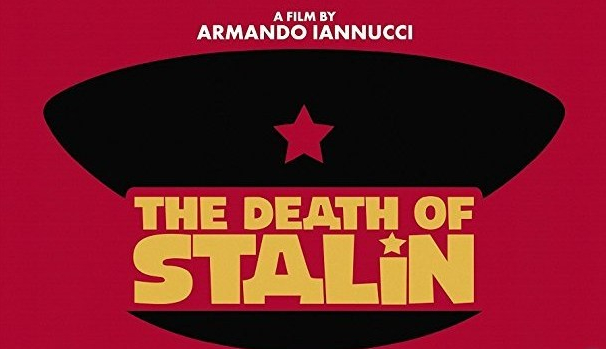 Barring the inimitable Dr. Strangelove, The Death of Stalin is perhaps the funniest comic political recreation in history. It succeeds in taking the death of a leader and turning it into a comic treasure, with the laughs beginning during the first scene.

The plot is simple but filled with fantastic characters, each dueling in their own passive-aggressive ways to secede the throne. The characters are meticulously detailed with hilarious personality traits. Despite the work of all involved, a few stand out in this regard. Steve Buscemi as 1st Secretary Khrushchev, Jeffery Tambor as Malenkov – Deputy to Stalin, Jason Isaacs as Field Marshal Zhukov, leader of the Soviet Army, who seems destined to clash with Simon Russell Beale as Beria, leader of NKVD Security forces, as the army is not happy that Beria is using NKVD forces to police the country so heavily, and heavy handed. All are memorable performances aided by deep characters to dive into. Tambor as Malenkov is particularly amusing – as the deputy to Stalin, he is officially the next in line, and the way he treats this new position is again hilarious.

The death of their leader rattles the entire country, despite the fact that many are starving and living in poverty; a powerful statement on the influence one man can have over a population, perhaps relevant to where our society is headed in the future. However and unexpectedly, the trains to the capital are opened, causing an alarming amount of people to march on the capital.

A funeral for Stalin is planned and as his underlings go about there business and/or plan the funeral, it is obvious that they are still working on a way to be the next leader. That this film offers such subtle yet somehow obvious power-struggles and humour during the process of a funeral is quite the accomplishment. Not to mention various scenes of humour executed while people are being… Executed. It is dark humour in the best sense. Even Stalin’s death is somehow funny, especially the small build-up to it.

The fact it feels so British alone is enough for the unfolding events to seem strange, but the fact that there are no attempts at accents at all doubles this disconnection. While the characters are all based on real people close to Stalin, the way they all act is incredibly comical. Not unlike Dr. Strangelove then, this makes a mockery of politics during the Cold War era. Here though it is what follows the death of the leader of the Soviet Union and the depths that his outwardly desperate and upset advisors will dive into internally, constantly plotting against one another. They all know that each other potential leader is plotting too, making the chess match that much more interesting.

As the results are somewhat obvious, it is the ingeniously filmed journey that makes the film and if one doesn’t know who did follow Stalin, then it becomes a fun guessing game. The sense of humour, ranging from British, dry-type humour to very, very dark comedy is perfectly timed and written. Especially when Buscemi is talking. 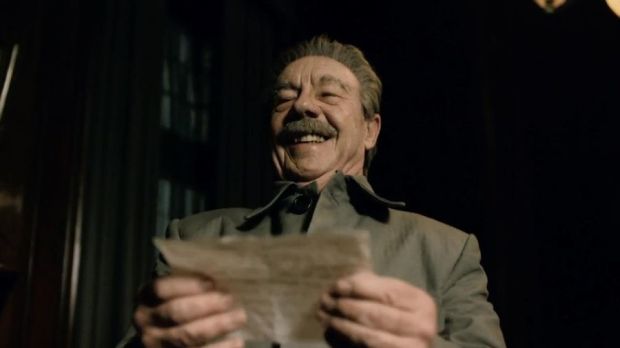 The absurdity of the entire situation is played up as much as possible, despite the fact we are dealing with the death of a real man. The fact that he wasn’t the best of men certainly helps in this regard, allowing a bizarre, almost surreal recreation that is still based largely on fact. The Death of Stalin is funny, intelligent, and shows that politics has not changed much since this period, no matter the country. It is just as evil and selfish as any country. We need more films like this.