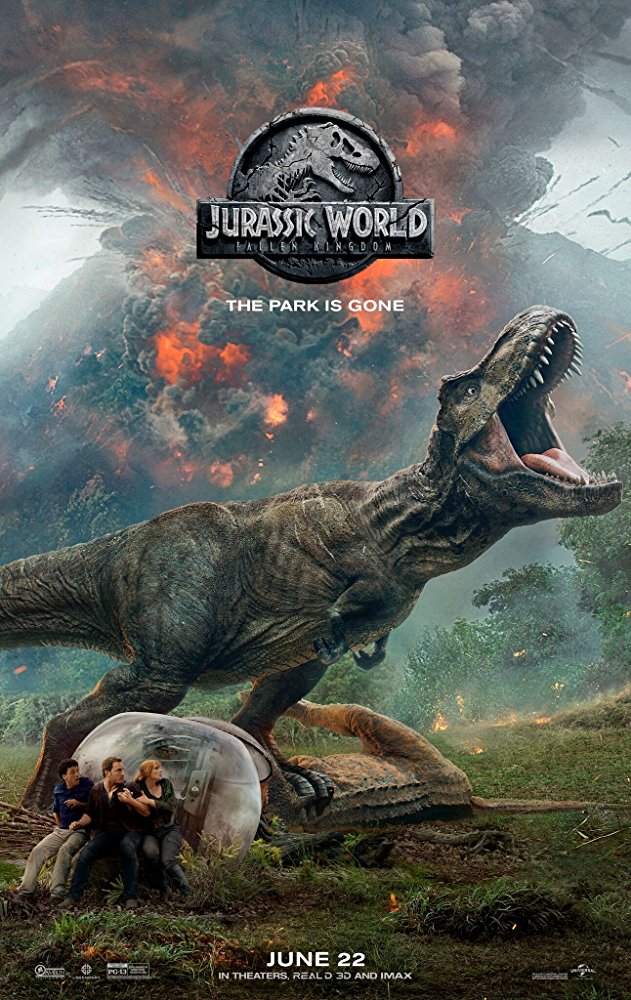 Refreshingly, the latest entry into the Jurassic Park franchise is a fantastic continuation to the arc established in Jurassic World, though not to everyone’s taste. The tone is set from the opening scene as a two-man crew scour the dark depths of the ocean for the skeleton of the previous engineered, hybrid creation. Compared to the original, and the last entry for that matter, this is a dark film.

Jurassic World: Fallen Kingdom poses an interesting ethical question, that Ian Malcolm (Jeff Goldblum) explains near the beginning of the film, regarding the survival of the dinosaurs that are still living on the island of Nublar. A dormant volcano has become active and the question is: should these animals be treated like any other endangered species? Should they be saved or left to die?

Claire (Bryce Dallas Howard) wants to preserve the creatures and intends to do everything in her power to save as many species as possible. This of course includes getting Owen (Chris Pratt) on board, however, once on the island their situation turns south quickly. Other forces also want to save the creatures, but with more much more malicious means in mind; their goals are somewhat reminiscent of Hoskin’s (Vincent D’Onofrio) plans in the previous film. But more… Extreme.

The screenplay is extremely well written and lends an unpredictable experience throughout. Despite the main theme of wanting to save the dinosaurs, there is certainly no lack of action especially the last act. There are many scenes of beast versus beast, and beast turning on man, that are exciting, creatively staged and produced with some of the most believable CGI effects I have ever seen. Of course, Fallen World requires much suspension of belief to get maximum enjoyment out of the logic the plot somewhat lacks.

Surprisingly, there are many emotional scenes in the second and third acts that don’t feel overly-sentimental, related to how these characters care about the dinosaurs and treat them like any other animal.

Chris Pratt turns in his most polished performance, balancing the comedy and action well, though the comedy isn’t always smooth. Jeff Goldblum makes a return to the franchise but is underutilised, especially considering he was easily the most memorable character from the original. Bryce Dallas Howard’s Claire and every other character we meet are for the most part memorable and varied.

The darkest, and perhaps the most memorable film of the Jurassic Park canon, Jurassic World: Fallen Kingdom is a film where you sit back and enjoy a

Dino-filled experience while suspending all logic. Plus, it is all worth it for the last act alone. A fun ride with amazing special effects.