HOT DOCS: THE ACCOUNTANT OF AUSCHWITZ [2018] 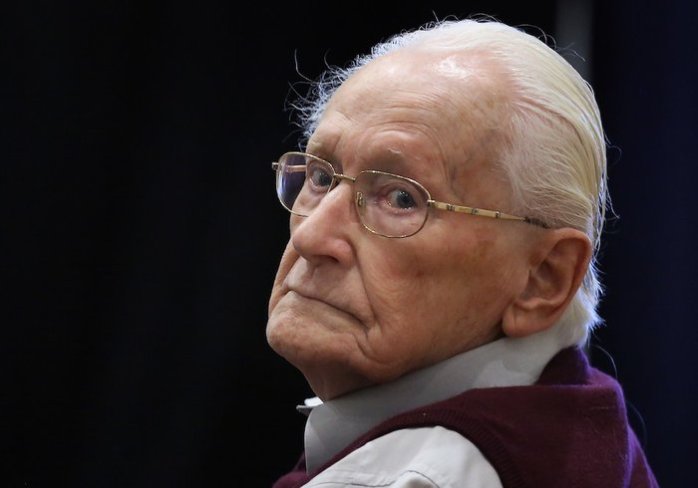 The Accountant of Auschwitz is a well executed, eye-opening documentary. Oskar Gröning was a Nazi soldier whose job was to take the possessions of all the prisoners that were being sent to Auschwitz. He was also known as the ‘bookkeeper’, which we never hear what that entailed. We hear from many survivors of the camps, who feel he played a part in the murder of thousands of people. We also hear from those who have studied the subject, and amazingly, a grandson of a well-known Nazi.

These stories and interviews are seamlessly intertwined with Oskar’s, now well into his 90’s, upcoming trial as it approaches closer. The survivors want justice, a conviction, to set a precedent. Mass killings still occur around, but we never hear from the perpetrators like this.

Oskar was certainly brave in coming out to say what he did, that it did happen, as he saw it with his own eyes. Many of his words though are quite chilling, such as when he bluntly explains that children weren’t to be excused from this punishment because of their impure blood.

We also get a glimpse of what life is like in Germany. Holocaust deniers spray paint on walls, they deface signs commemorating it; which seems to anger Oskar greatly as he saw it with his own hands and eyes. We also learn that nothing about the war is taught in German schools, which certainly explains the tense nature in Germany between deniers and those who believe the truth. One gets the feeling that society in Germany is different and difficult, unlike any other nation, as the citizens still try to move on from the worst mass killings in history, as if it looms over their heads like a dark cloud, even though 70 years have passed.

World War II buffs apply here, as this is quite an incredible story. It is unfortunate that so many Germans deny the holocaust, as it i

s a piece of history that should not be buried, rather it should serve as an example of how manipulation and ‘following orders’ can lead to the death of millions of people. Genocide has not left our society, one simply needs to look at Syria for evidence that evil like this still exists in some form. Perhaps a precedent of convicting a Nazi criminal could set a precedent?