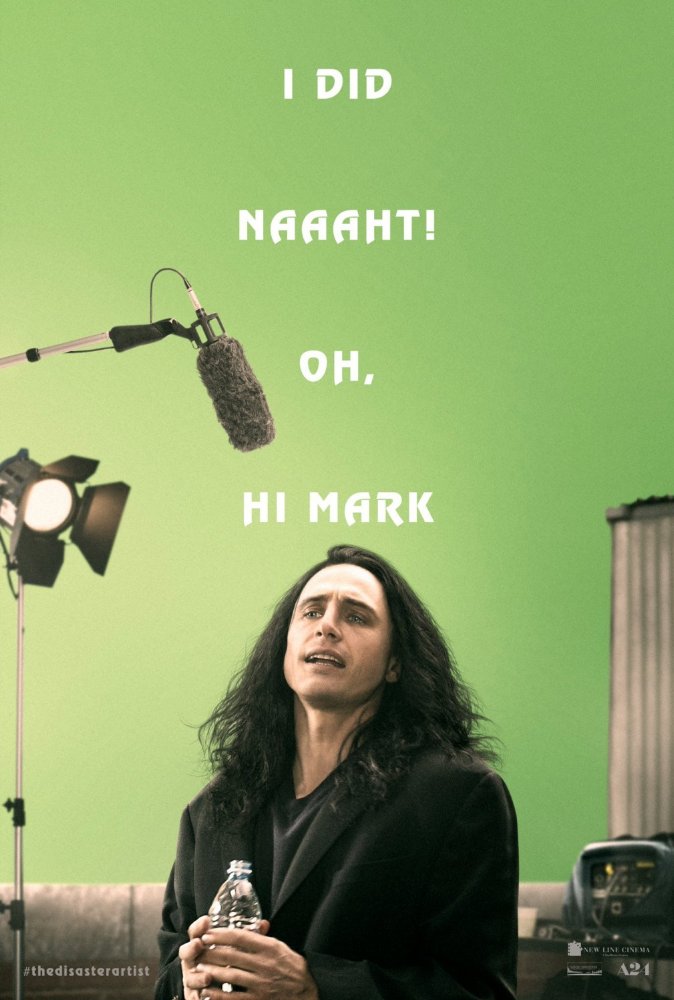 The story of Tommy Wiseau and his bizarro-creation The Room is one worth telling. The mystery that surrounds Tommy is enormous, he acts like he is an alien trying his hardest to act human, his accent sounds Eastern European but he says he is from New Orleans, oh, and he has an endless supply of cash that he doesn’t like people asking about. Underneath the strange personality and the laughs though is a story about a man who truly did not give two shits what other people thought of him, ever, no matter his surroundings. And that is not an easy thing to do. It was this attitude, combined with his determination and refusal to give up, that brought us such a fascinating movie… Albeit perhaps not for the reasons Tommy had originally intended. And it will never be forgotten by time.

We start in the late 90’s at an acting school, where we see Tommy let it all out in front of the class. Given how well Franco nails Tommy’s mannerisms and his odd, monotonous tone of voice, this is particularly funny. A nervous Greg couldn’t be more different, we see him trying to rehearse a scene, struggling wildly with anxieties about what others will think. After seeing Tommy let his inhibitions go, he asks him rehearse a scene together.

Despite Tommy’s slightly creepy, domineering demenour, the two become good friends quickly and soon they are driving to LA, where Tommy also happens to have another apartment; the non-judgemental way Greg acts towards Tommy compared to anyone else perhaps a result of the naivety of a young actor and an over-eagerness to trust.

Tommy keeps his word though, and the two are soon roommates in LA. We see a few attempts at auditions – Tommy’s efforts are always entertaining – and the trainwreck is already beginning. Frustrated with seemingly pointless auditions and a useless agent, Greg thinks aloud that he wished he could just make his own movie. Tommy’s eye’s light up and the real fun begins, where we see what happened behind the scenes during the shooting of the film, as well as uncannily accurate recreations of scenes from Wiseau‘s creation, many of which didn’t make the final cut. But we are treated to many more before the credits begin, and the similarities are astounding.

The funniest scenes revolve around Tommy’s acting ineptitude, his strange personality and the reactions from the crew Tommy has hired at enormous expense as they realise that they’ve signed up for a ride that they did not expect. Many of these laughs though will be based around knowledge, and indeed, opinion, of The Room. Watching it beforehand is probably a good idea.

All actors involved are great, but there is an overwhelming focus on James and Dave Franco, and subsequently, the crew he worked with in extreme circumstances

are mere cardboard characters. The only exception is Seth Rogan, and… Let us just say that this fact is hardly surprising. The film’s comedy also relies heavily on its audience knowing about its subject. But when it comes to flicks that are so bad they are hilarious, The Room certainly takes first prize. James Franco recreates not only the shooting of the movie, but he is near-unrecognisable as Tommy, and his uncanny mimicry of Tommy’s voice and way of speaking – at least how we heard it in The Room – makes way for a near-perfect impression and a perfect prequel to Tommy’s ‘vision’.

One short of a sixer.