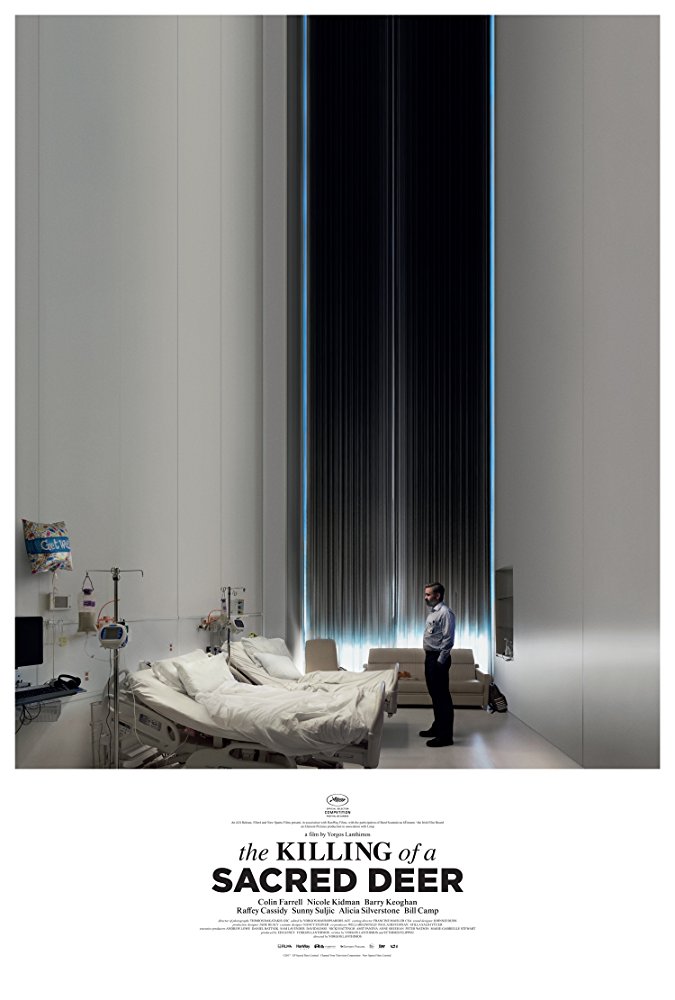 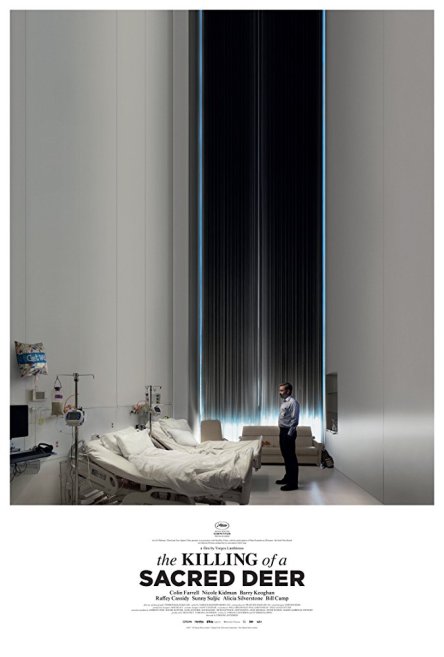 The Killing of a Sacred Deer yearns to make you squirm and feel uncomfortable from the graphic, extended opening scene of open-heart surgery; later becoming relevant to the story. The film is like a song, the pace starting slow, and as the incredibly dark story unfolds this pace and mood rises and falls like a dark classical piece, complete with recurring motifs and an incredible, multi-faceted climax. This all makes sense given the source of the material.

Based on several accounts of Greek mythology/tragedies, reading into these after watching the film can be very interesting, as the original story is transplanted from an incredibly dramatic setting involving ancient Greek Gods to one that is extremely sterile and bland- a hospital-like setting proving to be very appropriate- all increasing the power of the metaphors spread throughout the film, ranging from basic human morality to how one deals with an impossible situation that they cannot avoid. Modern family dynamics are also explored, albeit in a very twisted way, within a story that has been transplanted into the modern world. Not an easy task.

Yorgos establishes himself as easily one of the most unique and talented filmmakers we have working today. He has a throwback style that is growing- each and every shot is immaculately placed and executed. His visual style is a wild combination of Kubrickian movement, incredibly thought-out, geometrically pleasing shots that could be framed a la Roy Andersson, with a touch of Gilliam during the facial close-ups, not to mention Yorgos’ unique additions to this cocktail such as the movement of the camera to match the mood of the film, his perfectly paced use of zoom and many odd, disjointedly framed facial close ups that add a level of tension to almost every conversation. His use of classical music also feels out of place in modern cinema (read: a good thing).

Steven is a cardiologist with a seemingly serene life and family; one early comical exchange with a colleague centres on the strengths of a leather strap for a watch as opposed to a metal one, suggesting life is a little dull, while also hinting at similar humour to his last film. Soon though he meets a classmate of his son Bob, Martin, who quickly forms a bond with Steven as he seems somewhat intellectually challenged and Steven takes pity, though the reasons for this relationship are initially unexplained; it initially begins with Martin’s odd fascination with Steven’s amount of body hair- a perfect example of Yorgos’ dark, surreal and awkward humour that won’t necessarily elicit laughs, but the absurdity of the situation is inarguable. 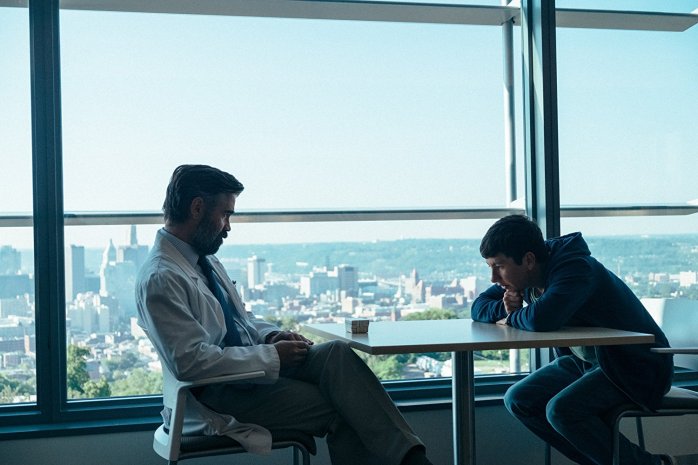 As the plot moves forward though, this absurdity soon morphs into the morally inescapable situation Steven finds himself in as his entire family is put at risk. Though there are still comic elements, this is no doubt a much more serious film than The Lobster. The story twists into darker and darker territory with sharp turns as the mystery surrounding the family turns sinister. The tension increases substantially for the last act, as the unsettling classical music becomes more prominent with more than the occasional stabbing violin as the truly twisted events unfold. The final scene is also one to chew on after the credits.

The bar for dark and deadpan acting has been set. Farrell is perhaps more emotionless than in The Lobster, while his wife Anna (Kidman) turns in a subtly creepy and equally monotone performance. This film may as well be set in another world as no humans interact like this; Yorgos seems to take pleasure in playing with the English language and its ability to sound monotonous, using the technique in the most inappropriate ways to create surreal conversations as well as laughter. 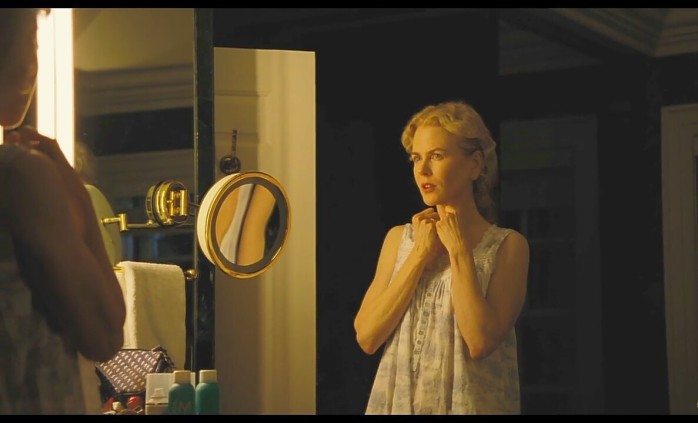 The outlier is Martin (an incredible Barry Keoghan, recently seen in Dunkirk), who progresses from his seemingly-naive, camp persona to one that is manipulative, assertive, speaking with urgency; each word carries significant meaning, both for other characters and the story itself. His presence quickly becomes awkward, not helped by the crush Steven’s daughter seems to have developed.

Possible complaints include editing that was slightly abrupt at times, and generally not as thought through when compared to rest of film. Some might find the pace inconsistent and boring- there is no arguing with the former. They are all fair comments but detract little from what is a thoroughly immersive, dark, unpredictable and mind-bending experience. What some may see as faults others will see as integral parts of the film. Yorgos’ style is certainly striking if nothing else. 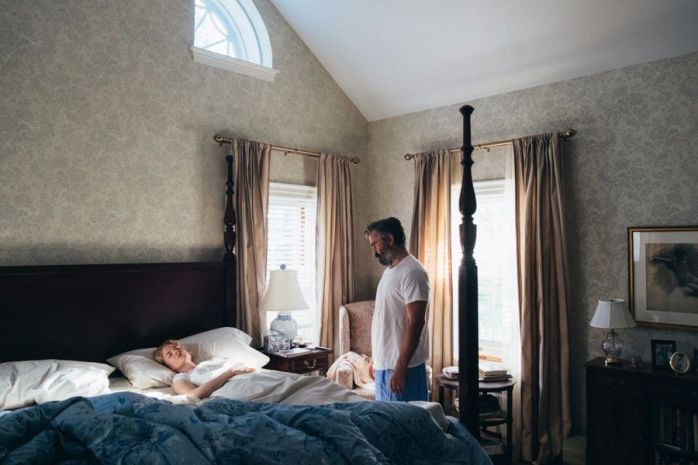 Fans will not be disappointed. The comparisons to Kubrick are apt, as the care put into crafting each shot is remarkable, and this is paired with beautiful 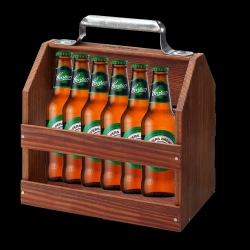 use of existing modern-classical music in an entirely unsentimental or manipulative way. Yorgos and his partner in crime Efthymis Filippou have easily distinguished themselves from the pack with incredibly original material, and this is certainly no exception. You will feel repulsed, challenged, and you will surely laugh at least once and feel bad for it afterwards- all making for one hell of a ride. If not, it is your loss!