NOTE: This is the first film I have seen in this particular franchise. Yes, this is the first time I’ve watched my fellow Aussie in his most iconic role. The shame, the shame… 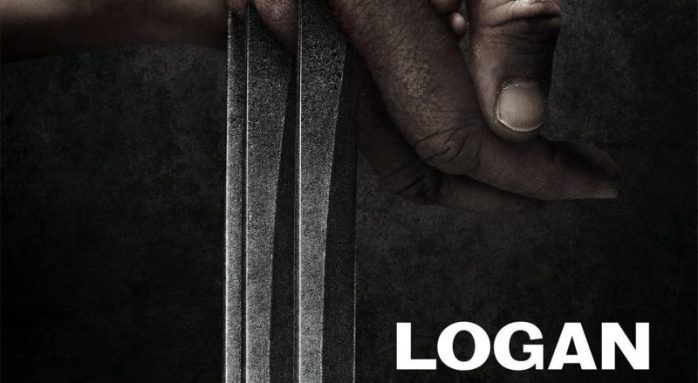 Unlike most other films of this genre, Logan is not afraid to get its hands bloody and dirty. From the start of the film, our hero (?) is obviously weakened. His powers are dwindling as each second passes, but his heart still beats strong. Even if it is being polluted with heavy amounts of alcohol, even if it sinks every time he is ferrying a drunk group of friends as a limo-driver. Tellingly, the opening of the film is far from the first time we see Logan’s unconscious face.

A big theme running through the film is his inability to become at peace with himself. He is lonely. He refuses to acknowledge his inner problems, and they eat at him, more so than the many bullets that fly his way. His mind is consumed by the people he has killed, the people he has lost, and those who he feels he is losing.

The two people he is concerned about are Charles (AKA Professor X) and Caliban, as both are suffering in a shelter down in Mexico. Charles has developed a scary, degenerating brain disease that causes seizures, and Logan is the only one who can bring medication from across the border. Caliban, a ‘tracker’, can’t be out in sunlight for it will burn his skin, and requires the same medication. But his situation is cushy compared to the fate that has met Charles, as when we first meet him, he is locked inside a giant metal tank, moving about randomly in his wheelchair, talking nonsense.

Logan is initially dismissive of Charles’ belief that there are mutants still being born; a thought that was deemed impossible. It was thought that no mutant had been born in 25 years, and that there were few left alive.

But the military like to experiment without a conscience, and in this case they are using children. Soon Logan is met by some impolite visitors who are after one of these young mutants, a young girl who has been talking to Charles telepathically, and she is immediately deemed a threat to national security, or a potential lab-rat.

What follows is a somewhat standard narrative about the group on the run, being chased by bad guys. It does have a few cards up its sleeve to keep you guessing, and there are some satisfying set-pieces. It also does not hold back when it comes to violence. This isn’t anything like some user-friendly, inoffensive superhero films, where the stakes are six feet under. As good as that sounds, a man driving his claws through faceless soldiers can get old. Quickly.

The group’s plan is to head north, where a supposed ‘Eden’ for young mutants exists. Interestingly, this idea of Eden comes from an actual X-Men comic, blurring the line between truth and fiction. But given this is all by far the most interesting narrative to accompany a film of this genre, its transparent nature is disappointing.

It maintains its gritty attitude, but this doesn’t mean much when most significant events barely register with the viewer. There are many conversations about mortality and death, but none are memorable or poignant.

The film is very bland regarding its colour palette, which fits the theme of the film as Logan is no longer Wolverine, and his future looks very much like the harsh browns and greys that we see for much of the film. Unsurprisingly, the action scenes are hampered by typical Hollywood editing.

You’d have thought that John Wick would have taught these fools a little something. But alas, this is far from the case. A shame, but it remains the standard. The film is very violent, but so haphazardly shot that it is near impossible to follow. The action is nitrous-fuelled, which sounds like a positive thing. Too bad we can’t see most of it.

As it dwells on mortality, Logan manages to create a compelling narrative despite its predictable nature, though there are a couple of surprises. Are the

alleged leaders of our world above the terrible actions they perform here? There is perhaps not enough action, especially given the R rating, but this does has the effect of pulling you in when any sense of dread filters in. The lack of any emotional impact though weighs this down considerably. At times meditative, other times ultra-violent, this is a unique but ultimately flawed, underwhelming entry into the genre.