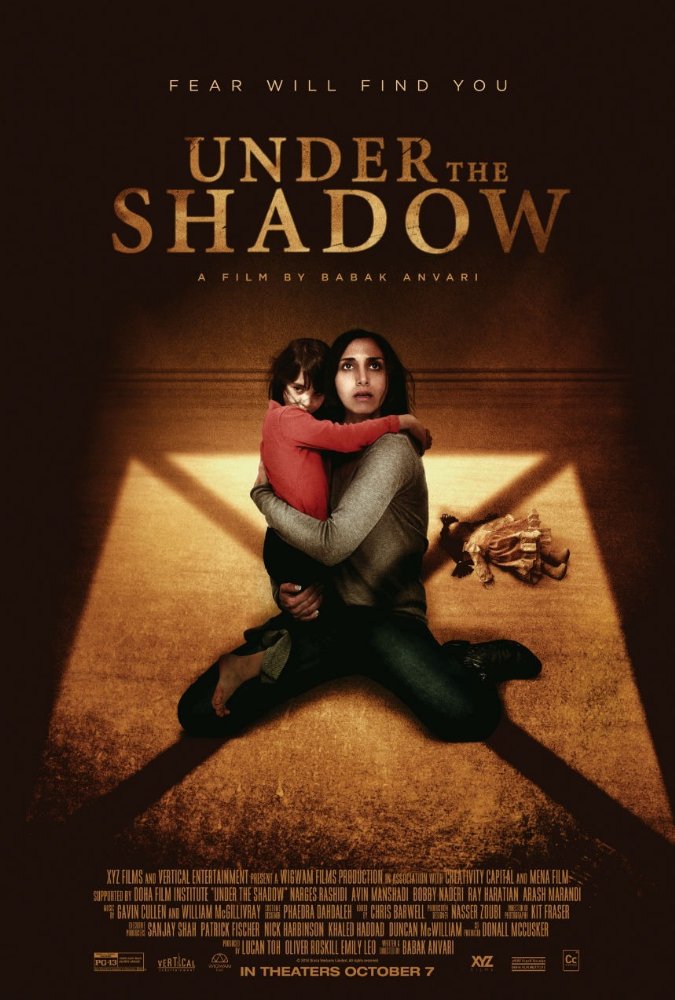 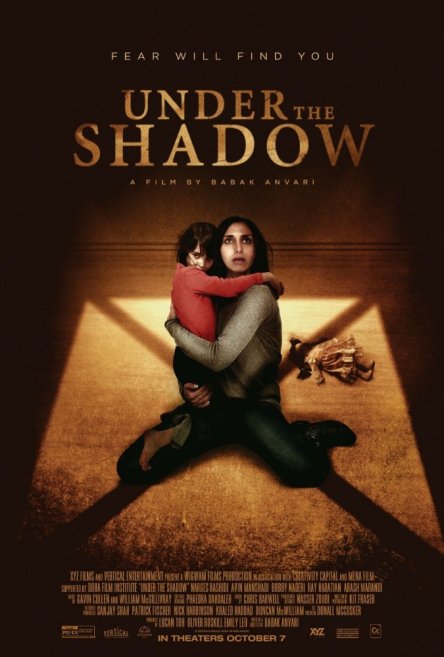 A revolution often causes more problems that it resolves, and considering the eight year war that took place after the 1979 Iranian revolution, not to mention the reasons behind the revolution itself, Under The Shadows is an incredibly unique and tense situation to create a supernatural horror scenario. Does this film capitalise on its unique setting?

Shideh isn’t in a good place; she wants to return to her studies, but her participation in activist activity disallows her from returning. She tries to explain that she was young and everyone was acting that way during those times, but her words fall on deaf ears. Compounding this is the fact that her husband is a fully qualified doctor, which was her ambition also, and not only that, he has been called to the front-lines as Iraq and Iran trade horribly inaccurate missiles, leaving Shideh to care for their only daughter Dorsa in an uncomfortable and unsure situation.

One of these missiles lands directly on top of the apartment building that Shideh lives in, but miraculously it doesn’t explode. This kicks into gear a number of extremely typical supernatural scares, only one really leaving an impact, the rest utterly forgettable. This tries to be an Iranian Babadook with the single mother angle, but the tension isn’t there, the scares are horribly clichéd, and the chemistry between parent and child is not very apparent.

Shideh is left on her own to look after her daughter while some mildly spooking situations arise, but that is as far as this goes. The Babadook this is not; very far from it in fact. It feels like an incomplete film.

This is a horribly mislabelled and confused film. The dramatic and realistic situations are brilliantly realised, offering some interesting insight into those tense times in Iran. However, the supernatural elements don’t

just feel tacked on without much connection to the rest of the film, they are extremely thin and far from plentiful, or powerful. How this could scare anyone I have no idea. It also suffers from an extremely underwhelming ending. I had thought that the tension had been, despite its many flaws, building nicely… Then the film suddenly ended. This is an excellently produced and extremely well shot debut feature that is ultimately very confused as to what its identity is.