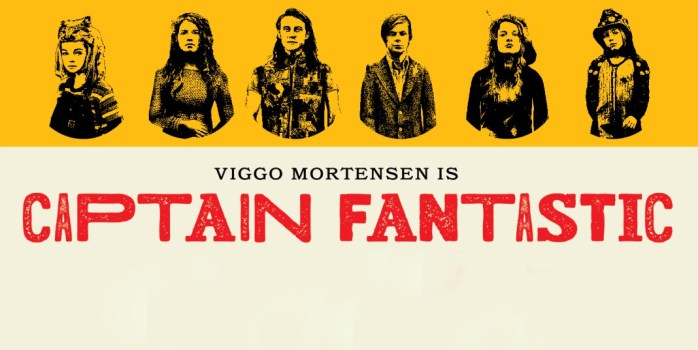 Captain Fantastic is almost the perfect comedy, with a great variety of humour, drama, and infinitely interesting philosophical angles that make you think. It is perhaps the best comedy of the year, and it only needs a simple story to deliver a thoroughly unique movie, especially within the increasingly crude world of comedy.

Ben raises his kids in the woods. They have a strict training regiment, learn survival techniques, and are schooled by Ben, with an extremely leftist stance on… pretty much everything. This eccentric characteristic is what kicks the humour into gear, as we get to know his family and how they live. What they read, how their family functions. It is incredibly interesting, and tempting to live like that! To truly be off the grid, independent. It’s gotta feel good.

But of course, a tragic occurrence forces the family back into the civilised world. It begins in a funny way, as the children react to this new world as they ride Ben’s bus-turned-campervan, which is named Steve. “The prices are insane!!” Ben exclaims as they drive past a shopping mall, delivering his anti-capitalism speech to his kids and nailing it. I’m with ya buddy, I lean just a little to the left myself.

Perhaps the best thing about this film is that it is a comedy for people who don’t have a head full of bricks. If you have no interest or thoughts on basic philosophy, this film will be lost on you. Many of the jokes bank on the viewer having formed a philosophic opinion of their own, especially Ben’s disdain for capitalism and his penchant for Noam Chomsky, noted and opinionated leftist and social commentator.

Another exceptional quality of the film is its depth. It mixes drama and comedy seamlessly, and the comedy is varied. Much of it comes from the family’s clashes with modern culture, which is a constant for much of the film, but there are many laughs in other ways, as the script is as tight as my snare drum, delivering humour and philosophic, thought-provoking conversations with almost rapid-fire delivery, even by the child actors.

Which brings me to how great these child actors all are. Especially the youngest, whose lines about what she has been taught by Ben are just so much fun to watch, especially when they visit Ben’s family in the city and we see the incredible difference between Ben’s kids and what I assume are his nephews. Viggo is of course excellent, with perfect comedic timing and delivery, as well as displaying perfect chemistry within his family.

The story is simple but instantly intriguing, and given the philosophical layers the film possesses, a simple story is all that is needed. Arguably the humour lessens during the second half of the film, but it excels in so many other areas that it doesn’t matter. Oh, and did I mention the amazing cinematography? Or the memorable soundtrack?

This is the best comedy I have seen since The Wolf on Wall Street. Morons need not apply. This film amusingly and thoughtfully makes a statement on what really

is the best way to raise children in this era. Does it really matter that Ben’s children have no idea what Nike is, but do know what the bill of rights represents, and how to survive, right down to Ben’s youngest child? Ben doesn’t have the smoothest ride throughout the film, but you can’t help but root for the guy, and his family. Viggo, the layers, the child actors, the incredible script; it all equates to one of the best movies I have seen this year.

This one is worth a full sixer.