Highly Strung takes a deep dive into the world of stringed instruments, those who play them, and those who put all their effort in creating them – know as luthiers. From Adelaide to New York to Italy, we meet a wealth of colourful characters, all interested in the quality of 18th century stringed instruments, many of which are incredibly expensive.

For much of the documentary we follow the newly formed Adelaide Symphony Quartet, who are all playing stringed instruments made in the 18th century. We go into the world of these extremely expensive pieces of art, and the many grey areas that lie beneath. The film offers up an interesting question; are these amazing creations best preserved behind glass in a museum? A bank vault somewhere?

Or should these instruments be freely available to play? Arguably these pieces are not art until they are played, until life is breathed into them. This is certainly the views of those responsible for the ASQ, as well as its musicians.

In New York however, we meet some business savvy musicians, a family of musicians who consider themselves to be the “Kardashians of the stringed world”. As if this were a positive thing. They are also using expensive 18th century instruments, but their attitude though towards these beautiful creations is… Well, it is very businesslike. The fact that a major hedge-fund has invested in them means money flows freely, and I have never heard the phrase hedge-fund associated with anything ethically sound. 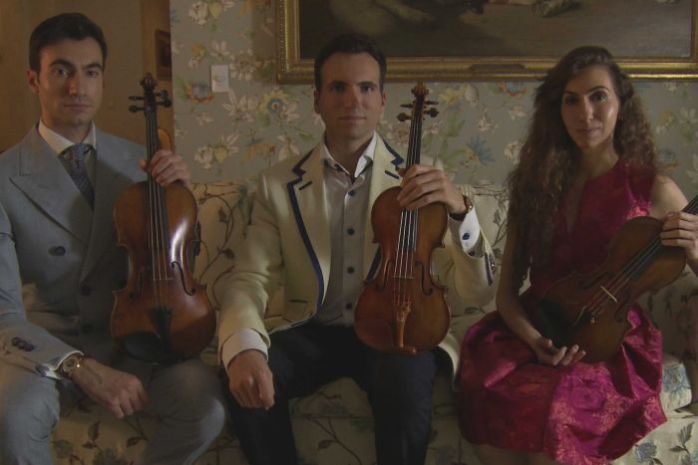 The Carpenter family aren’t shy about telling us that one of their performances had the most valuable collection of instruments in history. These people are just a little more than shallow; they actually suggest at one point that to increase the popularity of these instruments, they could be covered in expensive diamonds. ‘Bling’. As if the classic pieces themselves aren’t expensive enough! I couldn’t help but groan at the suggestion, especially after seeing how intriguing the world of stringed instruments is. The ego of this family needs to be seen to be believed.

Back in Australia, the atmosphere needed for a string quartet is explored, as each member needs to be locked in step, all with the same goals. It was interesting to watch this dynamic, as a drummer playing with electric guitars in my attempt at a band. As the documentary was shot over several years, we get quite the story as we hear how the newly formed ASQ members fare together, making it obvious that being a part of a string quartet is incredibly harder than what I try to do with music.

After watching this, I am asking myself, why have I never seen these musicians in action? They are based in my city! I want to hear the magic of these incredibly expensive instruments, which according to most of the people we meet, can only be truly felt by being there, by feeling the vibrations and appreciating the acoustics.

We also follow Roberto Cavagnoli throughout the film, an Italian luthier attempting to recreate the 18th century cello that is being used by the ASQ. We watch as he travels to the same forest as the man he is imitating, to find the perfect wood for the job. As he pours himself into the project, with a surprising amount of psychical effort required, he remarks that the slightest change of the wood grain can change the sound enormously. The search for the perfect sound is an obsession for some. 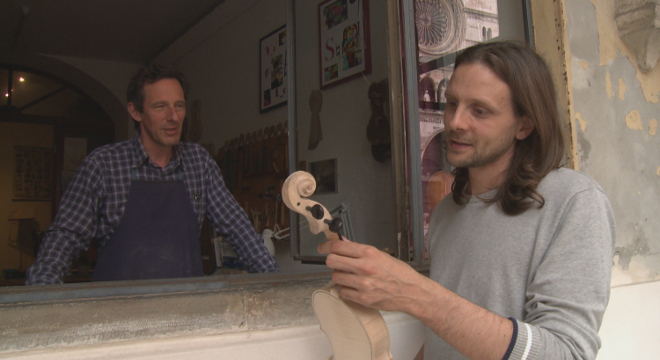 There is a small segment that focuses on ‘blind-tests’ – whether these musicians could tell the difference between a modern violin/viola and an 18th century example. The results don’t seem to play into the commentary that the film is making, and I imagine a lot of this was edited out. There are also some scenes that could have been removed altogether, as the film occasionally loses its focus in the final act.

Classical music has never been so interesting, and this film overcomes some questionable editing and an obvious motive to show us the surprising history behind these old instruments and how they are created. 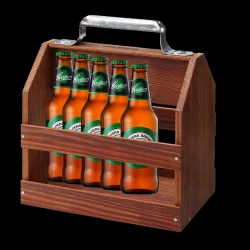 We are also treated to a few performances by the ASQ, who sound fantastic. This feels very different from any documentary I have seen, as there are no stereotypical talking heads; this is a documentary that was filmed over many years too so it captures many different stories, all connected by the theme of stringed instruments. The film also has a definite sense of humour, which adds yet another layer to a great film.

If you have any interest in music at all, see this film when you can!

One beer short of a six-pack!