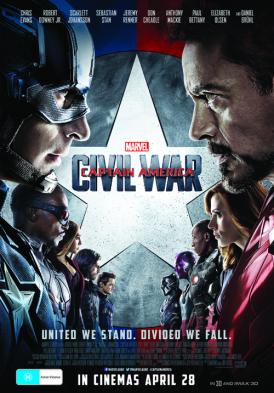 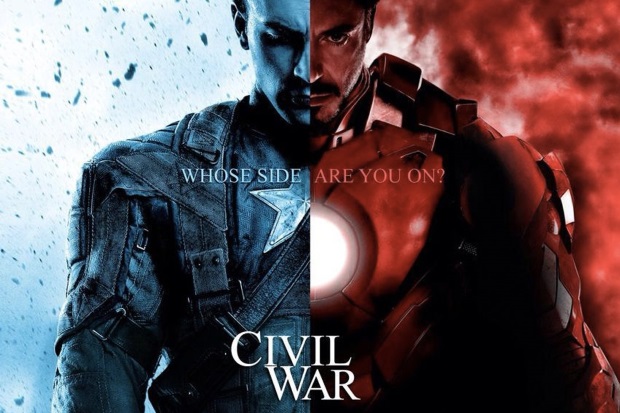 This happened back in 2014. Guardians of the Galaxy had just come out, and everyone was raving about it; even people who I knew weren’t major fans of super-hero/comic-book movies. So I waited for the DVD and tried to watch it. Three times. On the third attempt I finally got through the entire film, right up to the insanely sappy finale that had me speechless in all the wrong ways.

Let’s all hold hands and magic will happen!

Then this year we had Deadpool, which claimed to be different. But for all its self-awareness and ‘dirty’ jokes that just seemed immature to me, I again couldn’t find anything to like about the film apart from the amusing credits and Ryan Reynolds’ awesome performance. Which at least is something, I guess

And now I find myself in the same position. In fact, I’m even more out of the loop considering many people are lauding this as the best film Marvel has released.

After being browbeaten for about an hour that this film is about collateral damage, my butt started to hurt. Not a sign that I was immersed in the film. Then the Avengers choose sides regarding UN oversight, and Cap goes rogue.

If they had have been a little more subtle about the problem of collateral damage, they could have added to that very real problem (in the word of superheroes at least) the fact that an ‘agent’ has gone rogue. This could have actually applied to the real world, and the film could have made some interesting social commentary, apart from screaming at the top of its lungs that collateral damage is the issue here.

Rather than diving into anything interesting regarding one of the Avengers going rogue, they simply turn it into a ‘choose your team’ scenario, which not only reeks of lazy film-making but it turns the second half of the film into what feels like an advertisement campaign for as many goddamn Avengers as possible. To their credit, they handled the massive array of characters well, which is probably the best aspect of the movie.

Apparently the movie was marketed by asking fans to choose a side. I have seen previous Avenger/Cap films, so I knew the characters well. But I didn’t feel invested in the proceedings or characters at all, and I sure as shit didn’t feel like I was on either side. Again, I know these characters well. But the big showdown had zero emotional impact on me. It was kinda cool to watch, sure, if you like the Hollywood approach to action – that is, to use as many different shots as possible to obscure the action, because of course, most of this stuff couldn’t be choreographed properly so it could be shot well. I mean, what other reason is there to use so many different shots for a single fight scene, often making it hard to tell what is happening?

Surprisingly, to me at least, I freaking LOVED Spiderman. Or Spiderboy. He was the only character that brought a smile to my face, the only one I wanted to see more of. The only one whose lines I laughed at. And this was his introduction to the new universe, unlike the others, who I already knew. During the big showdown I loved every scene he was in. Once his cameo was over, the movie was essentially over for me as the lack of being immersed in the film had my butt-cheeks now really sore. Which is kinda funny: I didn’t particularly like The Revenant or The Hateful Eight, and they were even longer than this , yet I didn’t feel that pain during those two. 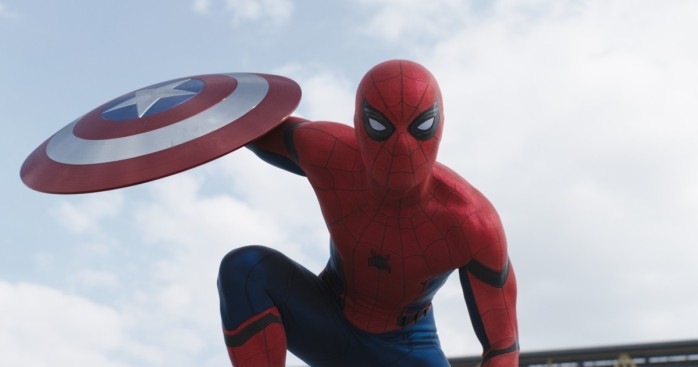 Of course I realise I am in the vast, vast minority here. There seems to be something wrong with me on a psychological level – I just cannot get into these movies. The in-offensive, PC-friendly humour drew very few chuckles from the audience attending the session I was, and the spectacle of super-people fighting other-super-people just doesn’t make for entertaining viewing for me. Additionally, The Avengers are all friends really, so we never get to a high level of fisticuffs. No one is going to die, and we all know that from the start. To me, this renders the film’s title as hyperbole, and knowing no one will die drastically takes away any power the action scenes could have had.

As if all this wasn’t enough, we have yet another irritating ending that doesn’t end the movie at all – of course it is paving the way for the next movie to come along to make another shit-ton of money. Which it most certainly will. Perhaps that is what bothers me on a subconscious level, knowing that these franchises are money-generating machines over art. I’m sure I’m quite alone in those thoughts though.

Oh well, whatever floats your boat, as they say. But this particular boat, with me as a passenger, was without a paddle. I am however anticipating the new Spiderman movie, which is something I thought I would never say. So at least I got something positive from the movie! As for these sorta movies in the future though, I think its best if I steer clear for the most part.