*This is dedicated to my beautiful mother. Happy mother’s day, I love you Mum!

Not unlike the fabulous Rams, a very simple story makes for a very moving film, a drama that will surely resonate with anyone who loves their mother. I am a bit of a mummy’s boy I will admit, so the themes present hit me just a little harder. Margherita is a director who is in the middle of making a social film. But it is soon clear that she isn’t happy. She is a demanding director, and subsequently is very busy and under a mountain of stress. She is trying to find balance in her life, where she is happy with her work. Unfortunately her mother is in the hospital, and the chance of her coming home soon is dwindling. This of course plays on Margherita’s mind while she is at work, adding to the burden she is carrying. 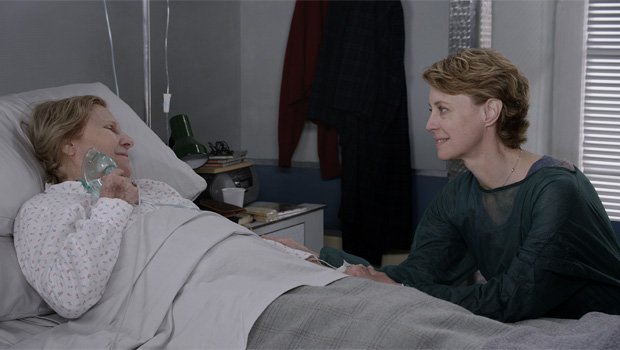 She also has her own daughter – a mother herself – surely adding to what she is going through. She has a unique relationship with her grandmother, and it is interesting how different family members interact with her, as well as how they speak about her and what she loves.

John Turturro makes a key appearance as an American actor brought to Italy for the film, Barry Huggins. He has been acting for 30 years, and has even worked with Kubrick, or so he claims. This character brings plenty of comic relief to proceedings; there are many scenes that are a part of the film Mia is making, and John’s ability to forget his lines, amongst many other things, makes it all hard not to laugh at, despite the serious nature of the film. 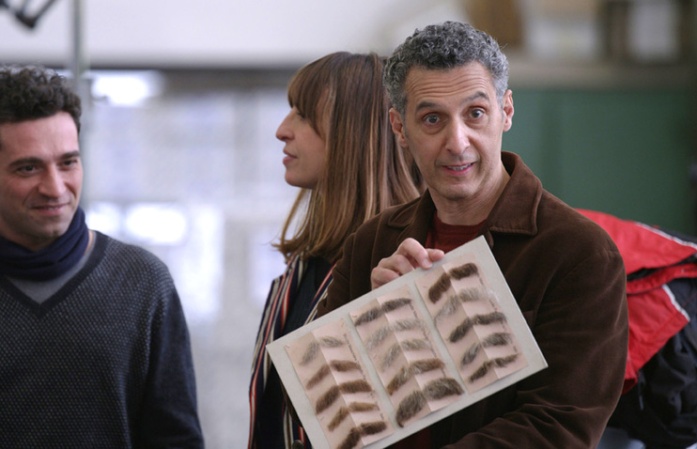 John isn’t easy to work with, and it is the frustration of dealing with him that causes Margherita to lose her temper on set at times, her mind obviously and appropriately elsewhere. She is denying the reality that is coming, clinging onto the past as we see a few memories of her mother. She regrets the person she was. Contrasting Mia completely is her brother Giovanni, who is calm and realistic about the situation.

Margherita is a deep and well written character who we get to know well, and she is played powerfully by Margherita Buy. We learn of her flaws, her strengths, and of course we see how she deals with her mother’s health while directing a high-profile film. We also get to know her mother, mainly through memories and conversations reminiscing the type of person she was. Barry Huggins is also a great character, who in addition to adding some laughs, is a tad eccentric on set. Turturro gives a memorable performance, breathing life into his character while speaking both English and Italian.

The endings to some films are finite, some are open ended. But in this film, the final word spoken before the credits is powerful, and it lingers long after the screen

turns black. Never have I seen a film where it is punctuated by such a memorable word. Just one. It summaries the theme of the film perfectly and succinctly while adding a flood of emotion to an already emotional scene. This film is nothing flashy, there is no flamboyant camera-work, but what is done extremely well is the depth of the characters and how they relate to one another. The combination of comedy and drama was almost perfect, never seeming too dark or out of place. Perhaps a little to depressing for some, but anyone with a strong bond with their mother really should see this movie.

Half a beer short of a sixer