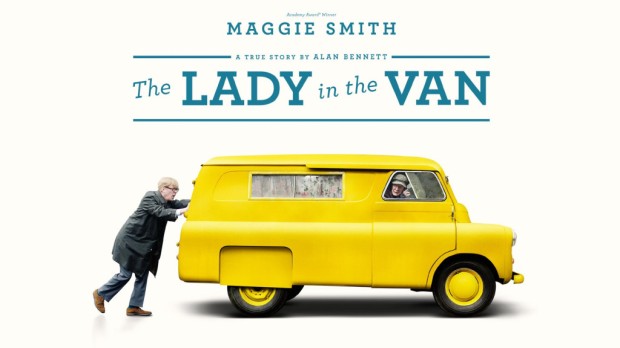 Based on ‘a mostly true story’, The Lady In The Van is a fun and lightly amusing flick starring Maggie Smith as the titular lady, known as Miss Shepherd. Her name may be Mary, but that may have something to do with her spontaneous ramblings about god. She doesn’t have all her marbles with her, but she hasn’t lost them all either, and can be sharp and quick, while at other times she seems downright dim-witted. That Maggie Smith pulls this off to perfection is unsurprising: she played the exact same role in the stage version of the play. So from the stage to the screen we go, and the transition is seamless.

Alan Bennett is a writer, and his plays are struggling. In an interesting creative choice, we see two Alans: the one who writes, the narrator, while the other one lives. “Writing is like talking to oneself” Alan muses, and he does indeed often argue with himself, providing some light chuckles while also shedding light on the subject they are arguing about. Namely, one constant argument is that Miss Shepherd will become a character of one of his plays; an oddly amusing, rhetorical argument against the very fabric of the film.

Alan is too nice for his own good, and simply tolerates what almost anyone else wouldn’t. Being a nice person is important, of course, but being over-nice leads to being taken advantage of, which is precisely what happens to Alan. “Only three months,” was the original agreement, after Alan allowed her to park in his driveway due to parking regulations. 15 years later she is still in his driveway, using his toilet; her stench now a permanent reminder that she is still there, still close enough to bother him.

Miss Shepherd herself is a very memorable character, eccentric in almost every conceivable way and sheltered from society for a long time. While this film does offer many laughs, one begins to wonder, how did she end up like this? How did she end up homeless and a little insane? Her stern front and attitude rings true for the entire movie, but behind this tough exterior is a lady who has been hurt, so much so that it transformed her life, for the worse. 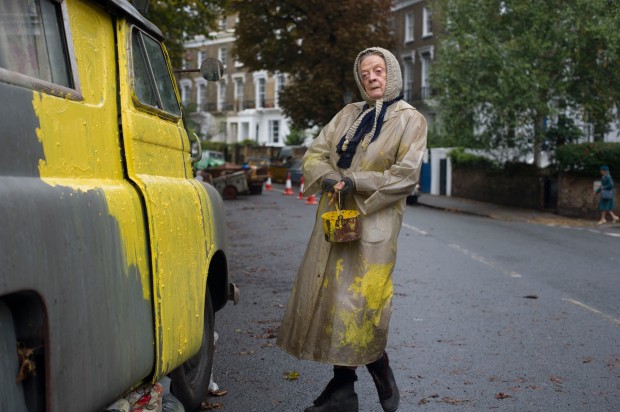 A social worker intermittently tries to help, but the help is just that: sporadic. There is no way a person in Miss Shepherd’s situation could recover and reintegrate herself into society with such infrequent help. This is most probably why Alan saw it as his moral duty to allow the van off the street and into his driveway; deep down he knew that if he didn’t interfere, she would end up in a nursing home, or worse. Or perhaps deep down he knew that he had nothing else to write about?

“You don’t put yourself into what you write, you find yourself there,” Alan muses after some time spent with his new neighbour. This would suggest that 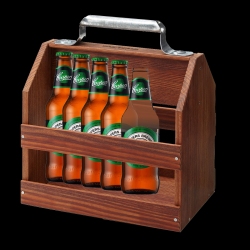 after 15 years of inconvenience, the relationship he shared with Miss Shepherd changed him fundamentally as a person, and also as a writer, and this change can be seen subtly as the movie progresses. Alex Bennett is great as both versions of Alan Jennings, but it is really Maggie Smith who steals the show, which isn’t surprising given her history with the role. Her words tell us about her personality, but the dismissive way in which she treats most people gives us a glimpse into the personality that caused her to become The Lady In The Van.