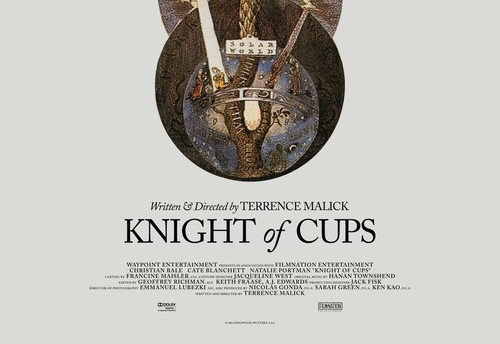 Directed and Written by Terrence Malick

To say that Knight of Cups is a unique film is a massive understatement, though not too surprising considering it is a Terrence Malick film. The style of the film at first feels confused; to begin with random shots follow one after another, and for the first 15 or so minutes not a word is spoken. The visuals though look amazing. After this introduction we begin to follow Rick (Christian Bale), who looks apathetic and confused. Was the introduction to the film intended to reflect this confusion? Truth be told, it is quite hard to connect all the dots.

This then is certainly a film that warrants a second watch, but is this a good thing?

Almost all the dialogue are internal thoughts of Bale and the people he interacts with; his brother, his father, his wife and countless other female companions. This internal dialogue sometimes overlaps what the characters are saying; this is a film that truly puts the viewer in the shoes of each character. There isn’t a single conventional conversation throughout the entire movie, rather, we follow the thoughts of each character, and the way this dialogue is handled creates a vacuum, a hypnotic quality that grabbed me and didn’t let go until the credits rolled. This film is just under two hours long but it sure felt shorter than that.

Knight of Cups is more than a film, it is an experience.

Back to the internal dialogue though; you will either like it or hate it. I cannot see much middle ground. Whether it is Bale or one of the many people he interacts with, this dialogue consists of murmuring and loud whispers; this is what sucked me into the film. I may not have understood what was happening half the time, but I was entertained and hypnotised by the tone used for these internal thoughts. The whole approach to conversation and dialogue is extremely unique; I can’t say I have seen anything close to what this movie presents. 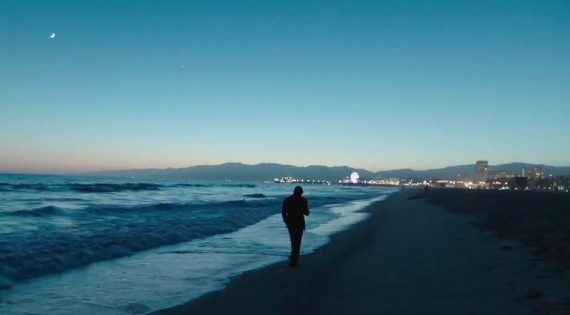 If the hypnotic introduction and the way conversations are handled don’t suck you in, then this will probably bore you to death. I heard many yawns among the audience. Did they not know who was directing? Don’t come into this looking for a story either, as there isn’t one. At all. We follow Bale for the duration, trying to make sense of what we are hearing and seeing. I again cannot stress how different this movie sounds thanks to its approach of listening to the thoughts of characters rather than their conversations. This paired with a minimalist soundtrack creates an incredible atmosphere.

Enough about how this sounds, let’s talk about how it looks shall we? It seems Malick has been bitten by the found footage bug, though the way it is used here is such a far cry from other films using the technique that I hesitate to label the style used here as found footage. The camera effectively becomes an unseen character at times as it follows the characters, utilising close up shots many times, almost uncomfortably close. Throughout the film the visuals occasionally detract from the story, if you can call it that, as we see many beautiful landscape shots. There is no doubt that this is a beautiful looking film, though it may not be to everyone’s taste.

Since the film simply follows Bale around for its entirety, I suppose I should try to make sense of it all. After some contemplation, it seems clear to me that the theme that is explored throughout the movie is choice, and how we interact with each other. We can choose to be monogamous or otherwise; Rick emphatically chooses the latter. We can choose how we treat people, especially close family. We can choose to live in the moment, or to live in the past. And we can choose to be whoever we want to be on any given day, as is said to Rick at one point: “Each day, you can be any person you want. Don’t forget that”.

I don’t doubt there are more mysteries hidden within the film, meaning I’ll probably see this again soon. This is almost impossible to score given how different it is, and I can’t say I could recommend it. But I thoroughly enjoyed it, even if Malick tends to choose style over substance. Ignore the bad reviews and bad ratings and go see this yourself to make your own decision, as it is a one-of-a-kind film.