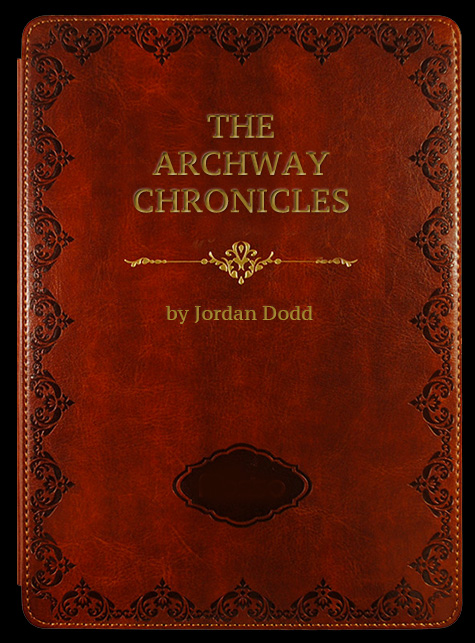 Special thanks to Cindy for giving me solid constructive criticism after I posted my last chapter. Hopefully I can get more feedback… If you think a part is plain crap, let me know. Just give a good reason, and what you think would make for a more engaging story.

Thanks for reading. If you want to catch up:

This place is becoming increasingly strange. Perhaps an Insane Asylum is too light a term for this place?

After eating some breakfast (they call it food but I have my doubts) I decided to head to the designated smoking area to light up; to try and wrap my brain around the foreign ideals and mostly bizarre people that surround me no matter the direction. One of these insane people decided to hate me from the start, I am sure of it. I am not entirely sure why… Am too young? There is something about my personality she quite obviously does not approve of, which she has clearly made apparent. I’ve now been here nearly a week now, and she is focusing all her alcoholism-fueled hatred at me. Other than the mandatory handshakes, I had never spoken to this women. Her cell was as far from mine as possible, the opposite side of the entire property. We haven’t once been in the same ‘lounge area’, so I have never spoken to her. I didn’t know who she was at all.

Today, I found out.

“Jordan, when was the last time you showered?”

I am by far the youngest person there; is she attempting to mother me? She asked me this bizarre question as I was finishing my sweet Marlboro Red, and she walked right up to me and asked with no hesitation, as if we knew each other well. Which we do not.

I felt speechless for what seemed like an eternity but was most probably only a second or two, but the motherly question asked by a complete stranger did indeed leave me speechless. To add insult to this woman’s remark to me, I was smoking a cigarette. At the smoking table, where everyone, including her, had lip up after breakfast. I began to ask myself… Who… How… What does this have to do with anything?! And how could she possibly smell body odour at a smoker’s table?

This is not her first visit to this rehab centre, and I am guessing this is what bothers her when looking at me. This is the only logical solution I can think off. She certainly couldn’t smell any body odour; she was surrounded by tobacco smoke.

Now the thing is, really, I’m a nice person, I avoid confrontations and I am nice and help out friends in need. But if I am pushed beyond the limit, over the cliff, I transform into an entirely new being. I turn into the anti-me, where all my values and beliefs go to a place far far away.

The giant thought bubble I was swimming in finally burst, and I finally replied, “Are you kidding?”

“No,” she answered sternly. “You are unshaven and I haven’t seen you shower once!”

“We are different genders Kim, we shower in different-“

“I can smell it from here. It’s disgusting,” she told me, promptly turning around to talk to other people.

I decided to approach her, tap her on the shoulder, and let my thoughts be known in a voice quiet enough that only she could hear. Damnit, I have a feeling this Kimberly is going to be a massive thorn in my side.

Hell, it hasn’t taken long for that to come to fruition. I’m getting the feeling I shouldn’t have tempted fate by writing that.

I was outside at the smoker’s table again today when she suddenly approached me, seemingly out of nowhere. She did not look happy. For some reason she was holding a jar of coffee in her hand. “You see this,” she demanded, pointing at the jar, which was about two thirds full and had a faint felt-tip mark that looked like initials. K.M.

Oh Christ I know where this is going…

“This is my coffee. I bought it, I put my name on it. You can’t just help yourself to it. Okay?” she said, seemingly groping for any excuse to become angry.

“Every jar of coffee in the kitchen area belongs to whoever bought it. You would have been told this when you first came here, you don’t have any excuses!”, as if I was to remember 60 odd rules in a 20 minute interview.

But, despite having only made two cups of coffee from her labeled jar, I went a bought her a full jar of the same size, which was big. Because like a gullible shit, I am too nice for my own good. I often end up supporting and/or helping someone who I have no idea is stabbing me in the back. Kim is just another to add to the list really. Who knows what she is thinking. It is her third time here, this place surely has fried her brain. Or perhaps she doesn’t have kids, that would make the motherly behaviour make sense. There is no doubt here though, she is quite Strange.

Kim is another to add to the list of people I have met, which now includes the reforming stoner, Andy, the one-eyed heroin addict Bob, and Chris, who is really into his reading and once he found out I was writing he wanted to read it and give feedback. I haven’t really interacted with anyone else really. I am spending as much time as I can in my room, such as this very moment, so I haven’t exactly met the group or made any friends yet. Though I have only been here under a week, and both Andy and Chris seem like cool guys.

The rent they charge here is over 400$ a fortnight, and all this includes is a room equivalent to the size of a prison cell, probably smaller, and food which is served every morning, lunch, and dinner.

To put it simply, they fed us slop.

We may as well been eating without our hands, out of a trough, our faces covered in food. This food is not fit for human consumption. It looks wrong! During the short period I have been here, people have complained about the violent diarrhea they were suddenly getting from eating this stuff, but nothing has changed. The food continues to be delivered, already cooked, in a van fitted with a freezer so we, the clients spending 430 odd dollars a fortnight, can eat microwaved potatoes. Wrinkly, microwaved hot-dogs. Frozen hamburger patties. I feel like vomiting just writing about this crap.

I think I’ll stick to the salad and vegetables from now on. I’d be eating fruit if there was any here. God what a trash-hole this place is. But looking at it positively, at least its giving me a chance to write, which is better than any drug. Not to mention I am still seeing colours that I know aren’t there, so it actually kinda feels like I am on some sort of drug. I guess that is the epilepsy kicking into gear after eight years of being dumbed down by opiate abuse. What worries me the most though is dealing with other people. What if I meet another Kim? Will I be able to hold myself back?

Six months I have to spend in this place, yet it has barely been a week. It seems like an impossible task at the moment. I may have bitten off much more than I can chew here.

All content originally published on epilepticmoondancer.net is protected by the Australian copyright act of 1968, and the use of any material elsewhere without written consent of the blog owner is prohibited.