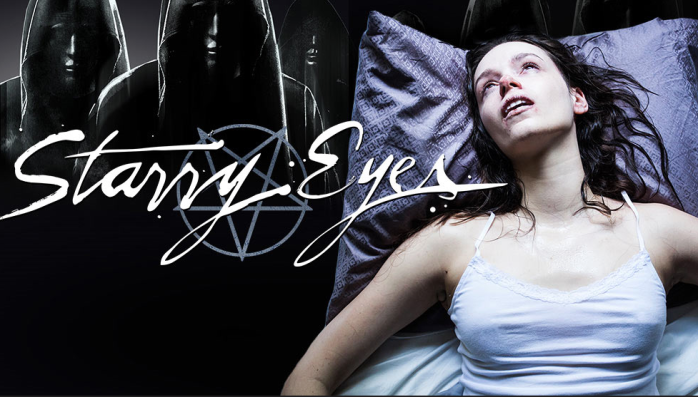 Directed by and Written by Kevin Kolsch, Dennis Widmyer

Now this movie achieves great things in an area where many horror films fail. You see, I think the trendy thing now is to make gore and horror funny. I might be wrong but sue me, I’m right.

This kinda failed in Clown, which I’ll be writing about soon. There were some funny moments, though I don’t think they were intentional. I am just a sick individual. Hehe, a finger-biting clown! 😀

Then there you have films that are taking the piss, stuff like Red Snow and What We Do In The Shadows, which are just made for laughs. Its good, and hilarious, but it isn’t really horror. It is using horror as a gag for jokes, which makes for great movies yeah, but they aren’t the best that they could be. In this dickhead’s humble opinion. Which is always right, by the way.

Another feat this movie manages is blending a dark, truly fucked up sense of humour that the Coen’s would be proud of, with so many inappropriate lines and actions, with gore and true psychological horror added to this comic backdrop. It’s a combo I haven’t seen before. I likes it. Did I mention the humour is dark? Cos it is, perhaps again I am truly sick and this isn’t as funny, at times, as I think it is. Who knows, I don’t really have a barometer handy that tells me how sick in the head I am. But I digress. I maintain that it was a riot.

So the movie, right. So this actress lady wants to be an actor. Like, reeeally wants to be an actor. Really REALLY. And she is willing to give her all to get a part, any part. I mean, forget the fact she works at some burger joint (the entire time wearing tight as FUCK pants that show off her bottomly curves nicely). Forget that she has never acted in any films before, not a credit to her name. She’s a STAR damnit, haven’t you heard?! But her obsession with being a star isn’t healthy, everybody needs their sleep. See:

She can’t sleep at night! Its tearing her apart, and as she auditions in more fucked up ways just to get what is now called a gateway part, not even a specific part, she begins to get increasingly sick. You know, like really fuckin’ sick. Her hair falls out, her lips/mouth lose the ability to produce saliva. She loses the ability to refrain from acting like an arsehole constantly. That sorta stuff. She is a psychical and mental mess. See:

Ahhhhhhhhhh!! Yeah that is what she said during the most insane lesbian scene ever committed to film. Or perhaps she is in pain in that picture … that’d make more sense I guess

We also are privileged enough to a pair of amazing cans on Alex Essoe, despite the fact that she looked… different at the time. Though it wasn’t off-putting. Not to mention, those rather absurdly shapely tight pants I mentioned earlier are not easy to forget.

But you know what? I dug that. I dug it all. The sheer insanity of what this woman goes through is crazy and build tension as you want to find out what happens to her and her dreams and ambitions. Is she just delusional? What the FUCK is happening in this movie?!

This movie then is great for my tastes as the entire thing is this bizarre mix of what you would get if you somehow mated classic Polanski, with a spoonful of Mullholland drive, and add some Cronenberg while you’re add it. A three-way! That soup there kinda sums up what happens throughout the movie. The tone, the crazy plot, et cetera et cetera.

This really is quite the mindfuck, and the best thing is, the gore is used right. And VIOLENTLY. Yeah blood is one thing, but I want people to be violently violent. No pussy lazy beatings. I want VIOLENT HATRED, 15 Minutes style. This movie kinda delivers in this regard. Especially with the gore, fuck yeah the blood looked creepy and shit. And it isn’t overused which makes the scenes that much more

No wonder Eric recommend this to me, haha!

Watch this if you want to see some action that will blow your mind and your pants with some insane horror and gore that I guarantee you have never seen before. Plus a fucked up lesbian scene. Watch this and be eternally scarred for life!! Especially if you are an aspiring actor, if so, THIS is the movie for you!!