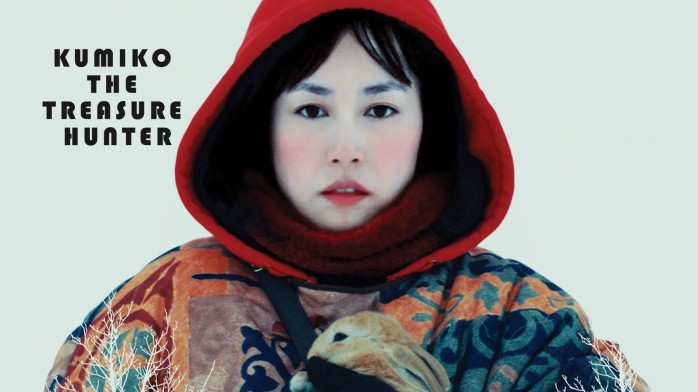 I’m sure most are familiar with the concept of this film, but I’ll quickly outline it. At the beginning of the movie we see young Kumiko with a treasure map, walking along a beach and then entering a cave, looking for the apparent treasure that the ‘x’ on her map marks. The treasure she finds is a VHS copy of the movie Fargo, though Kumiko takes its infamous opening tagline too seriously and decides to hunt down the money that Steve Buscemi hides at its end. Immediately we have an unexplained mystery: where on earth did she find such a treasure map, and why of all things was the treasure a heavily worn out VHS copy of an American movie?! Nevertheless, Kumiko becomes obsessed with its contents, making endless notes and diagrams to aid her in her hunt. 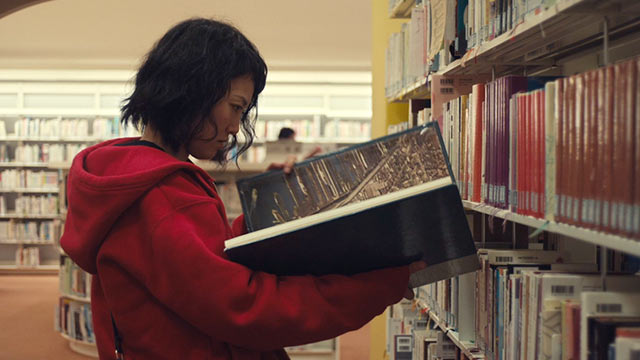 After this bizarre but immaculately captured beginning, it becomes obvious that this is far from your average movie. It is almost a meditative experience, with little in the way of dialogue. The camera does a lot of the talking here, with each and every shot looking extremely deliberate and positioned juuust so. It is one of those movies where almost every shot could be paused, printed, and framed. The incredible views we witness slowly change when Kumiko makes her journey from Japan, changing from sunlit landscapes of Japan to those of Minnesota’s harsh, white winter. Kumiko, played incredibly by Rinko Kikuchi, does not say much, but her actions, her mannerisms, her body language… They certainly tell their own tale.

After witnessing the way Kumiko acts, especially in her workplace, this film also feels like a study of mental illness, and depression as a result of isolation. We consistently hear Kumiko’s mother belittling her for being 29 years old, without a husband, and with only her pet rabbit as company, Kumiko’s shy and innocent nature is extremely evident. Her shyness is most obvious in the way she talks… Or doesn’t talk. She is a person of very few words, even before making her trip away from her home country to America, where the sudden cultural barrier doesn’t seem to faze her in the slightest. Is she intellectual disabled? It is honestly hard to tell as she stubbornly makes her way to the destination she has meticulously mapped out.

Once she has finished her map, she suddenly leaves her job and mother without warning or a second thought, considering this treasure to be of up most importance. Unfortunately, the cultural barrier between her and the residents of Minnesota  make it impossible for anyone to convey to her that the film she has watched is not a documentary. Dark comic elements creep into the movie; no one seems to fully understand that she can barely speak a word of English, and the local people she does meet make little attempt to speak slowly or clearly to at least give her a chance to understand. One has to laugh when a police officer trying to help her drives to a Chinese restaurant, ignorantly assuming that the Chinese owners would speak Japanese, or that Kumiko would speak Chinese. This small part of the narrative says mountains about the ignorance many of us have towards other cultures. In this instance Kumiko could feel offended by the officer’s assumption, but one gets the feeling that she isn’t capable of such a complex emotion, nor can she understand what exactly is happening due to the constant cultural barrier. The only word she seems to understand well is ‘fake’, and whenever she hears it she becomes violently upset. The more we watch her journey the more we feel for her, as this hunt for a mythical treasure is the only thing that matters to her. As she says herself, it is her destiny. 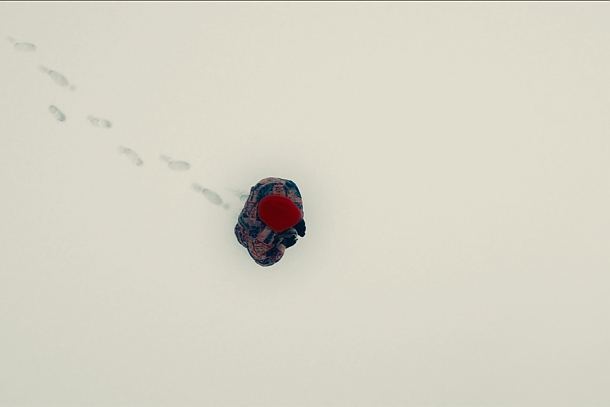 I see Kumiko and her journey as a symbol for the innocence lost as we age further, an innocence that she hasn’t parted ways with as she obsessively marches forward towards her goal. This may not be the intention of the movie at all, but considering the incredibly small amount of dialogue, one is forced to interpret for themselves the meaning of her one-way journey. It is certainly a film that makes you think and reflect, while the ending is oddly cryptic and can be taken many different ways depending on the viewer. We are all different, and this is very much a movie that each person will interpret in their own way. Despite the homage to arguably the Coen brother’s most popular film, there aren’t many similarities between the two, other than the occasional dark humour and the endless, white snow.

Her determination to find her treasure made me reflect on what my goals are, and how steadfast I am in achieving them. Am I anything like Kumiko, dedicated to a fault? Or do I have something to learn from Kumiko, despite her apparent ignorance and extremely stubborn nature? There is something oddly admirable about her determination and grit to find the money, regardless if people tell her point blank that it is fake, that her treasure map won’t lead her anywhere. Her belief is steadfast and unwavering, and these qualities are what ultimately make you want to watch the film to its conclusion. What this film lacks in narrative it more than makes up for with its stunning visuals, as well as an intimate character study of obsession and loneliness.