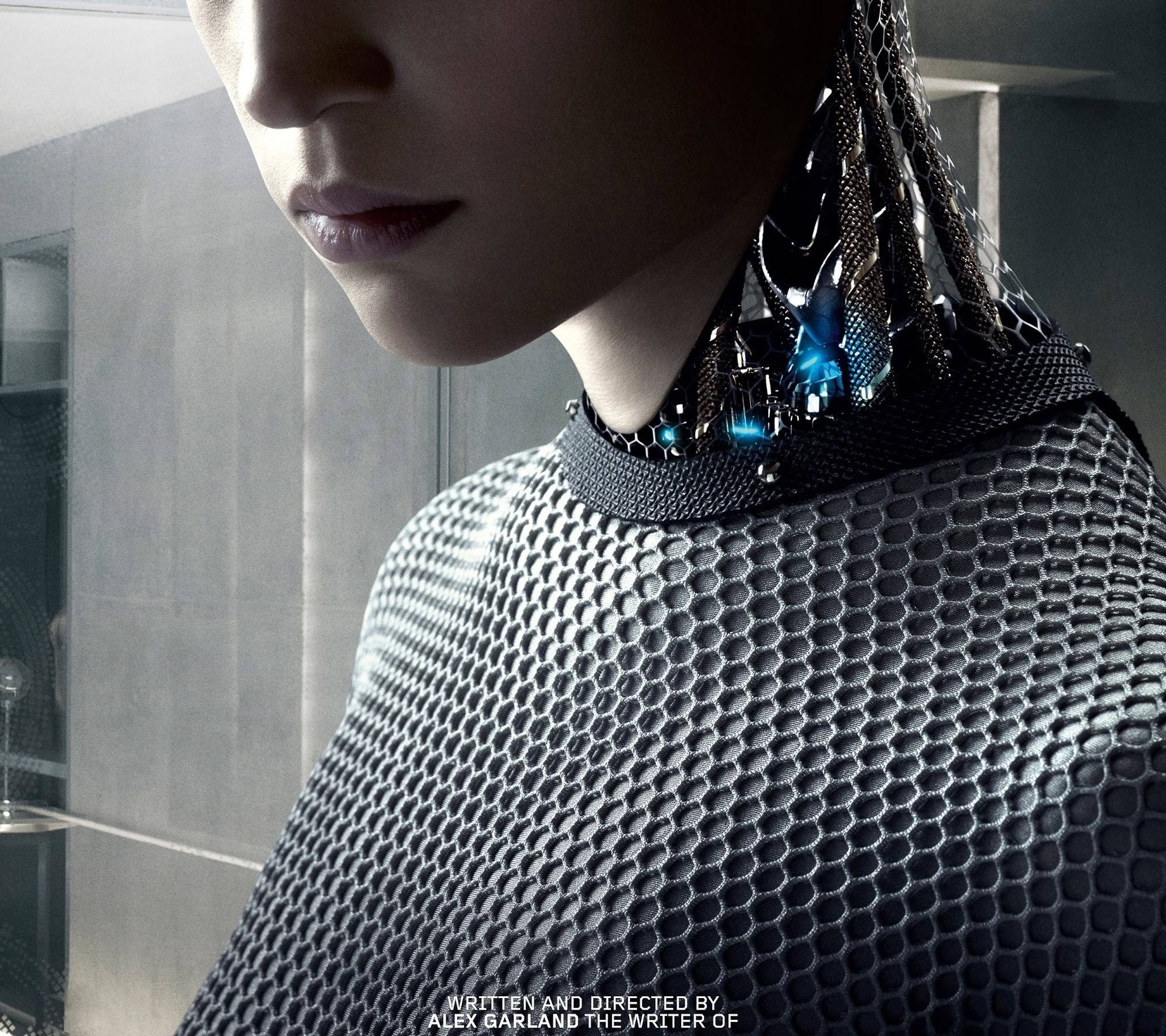 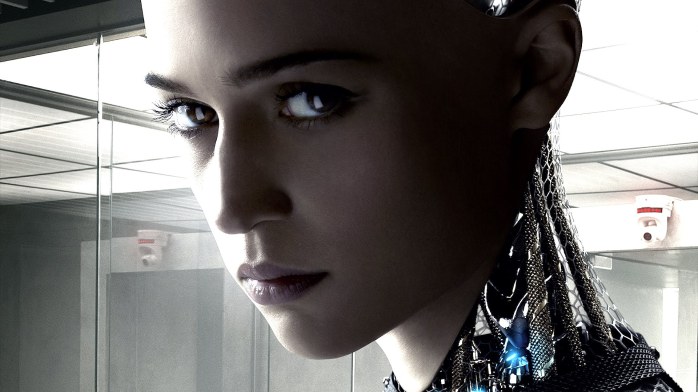 Directed and Written by Alex Garland

There is no doubt that I have been one lazy sod, waiting over a month to go watch this, a film I’d been looking forward to for a long time. I think it is a testament to the quality of writing that is out there in the blogosphere that despite having waited so long, and therefore having read a lot about this movie before watching it, not a thing was spoiled. I knew the very basic premise, but further from that, I had no idea what I was in for. Being penned by Alex Garland, I knew it was going to at the very least be well written and interesting. Well, it was certainly that, but also so much more that I honestly felt speechless when it ended. I couldn’t help but think: “Now what the hell can I write about this that no one else hasn’t already said?!”, or more accurately, “Can words describe this incredibly profound and unique film?”

We all know the basic premise, so I’ll avoid rehashing the plot synopsis and shall (try to) keep this short. This is a movie that really must be seen, as it is easily the best movie to tackle artificial intelligence since 2001: A Space Odyssey, albeit in a very different way. It is also extremely refreshing, especially after the lecture of a film that Chappie felt like, at times. This is a sci-fi movie with a soul, and in the increasingly technological world we live in, it is surprisingly relevant. The supremely well-written plot and the path it follows, paired with the dialogue, is easily the film’s strongest suit. Despite appearances early on, there is a consistent eerie and unsettling vibe that lurks throughout the movie. It is a film that is filled with unexpected twists, yet nothing feels forced in any way. Each progression of the plot feels like a logical extension of the story.

Considering the technological element to this film, Ex Machina feels very human. The addition of sexuality to an A.I. creation is extremely ballsy but it is executed with ease, and adds so much to this human element, as well as creating another reason for Caleb to become attached to Eva the more time he spends with her. This film also feels incredibly quotable, another perk of the amazing dialogue. This is no Friday night movie, this is a thinker and we are all better off for it. Many lines had me thinking long after the credits rolled, in fact they are still percolating in my head. Yet despite this, it has a sense of humour, and often a dark one at that. 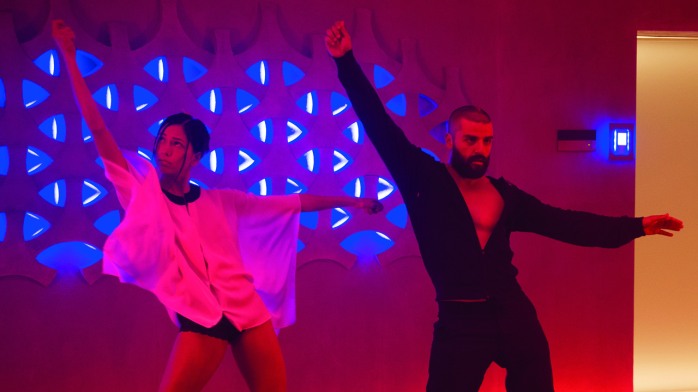 With each passing film Oscar Isaac shows up in, I wonder if there is a limit to the different types of characters that he can play. A folk singer, a petty con artist, an honest business man amongst a world of organised crime… He is truly one of the best and versatile actors working today. I must go back and visit some of his older roles, as I had never heard of him before he appeared in the Coens’ most recent output. Here he plays a shadowy genius, his intentions constantly hard to judge, adding to the incredible amount of suspense that this film manages to achieve. This is largely thanks to the great chemistry he and Domhnall Gleeson have in essentially every conversation they have. Poor Gleeson, he still looks like a rake after his turn in the disappointing Unbroken. He is fantastic here though, both in his interactions with Isaac’s Nathan and of course with the A.I. creation Eva, played incredibly by Alicia Vikander. 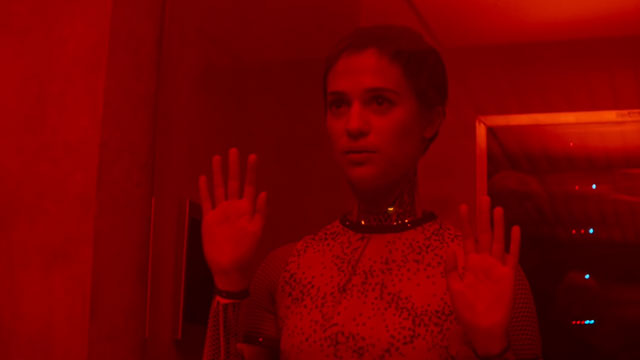 Never have I seen such a convincing portrayal of a non-human entity. The slightly unnatural way she speaks, the sensuality she displays, the consistent innocence in her eyes… it is not only incredibly convincing but it also is another element of the movie that adds tension. Does she have the ability to plan forward? What are her true capabilities? The way both her and her creator act, almost in a cryptic way, adds more mystery to the story as their true intentions are never clear. I thought I had it figured out, many times in fact, but I was proven wrong every step of the way.

Visually, the film looks stunning, both the remote setting where Nathan’s research lab is located, and its interior – the difference between the two providing a fantastic contrast – while adding a very natural feel to the story. We are dealing with artificial intelligence here, cutting edge technology, yet these exterior scenes evoke emotion, much like the conversations Caleb and Nathan have while basking in these glorious landscapes. 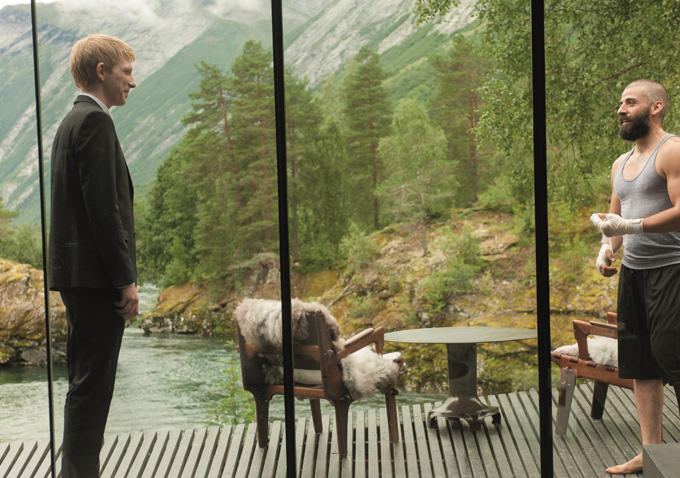 The sound-scape created is also noteworthy, as both the soundtrack and the sounds that come from Eva add to the already thick atmosphere. The conclusion to the film is extremely satisfying and I found myself leaning forward as the final act unfolded. That tells me that a movie has drawn me in, which this did almost immediately. The final act can make or break any film; here, I can’t fathom a way it could have ended on a better note, as like I already suggested, it feels like an effortless extension of the events preceding it. I honestly cannot find a fault with this movie. If I were to name one, it is incredibly minor: there are a few moments that felt ever-so-slightly unbelievable. But hey, this is sci-fi, and these moments are so rare and barely noticeable that they don’t ruin the film at all.

This is the best movie that 2015 has offered up so far, just edging out Mad Max and It Follows. I can’t see it being knocked from that spot – it will take one very special movie to do so.

EDIT – This is officially the 100th movie I have reviewed on this pissy little website! Hooray for me!!! 😀