Christ, how does one begin to accurately describe this movie?

Surely if it wasn’t so controversial (the film is filled with sex and drugs) some of the cinematography and special effects would have won some sort of award, as this movie offers up countless “how the hell did they DO that??!” moments. Coming from the director who brought us the extremely unsettling Irreversible, I knew roughly what I was in for, but this superseded every expectation I had. I have always loved the label ‘mindfuck’ to describe a film, and that is what this film does with ease. It doesn’t take long for it to start poking holes in your sanity.

Before I watched this I decided to do a little reading. The ultimate movie to watch while tripping said one person. Other people mentioned that when this movie first screened, it was actually introduced with a warning that anyone with epilepsy should not watch it. So, keeping all this in mind, I promptly ignored these warnings as I knew I wouldn’t have a physical seizure. At many points I wondered if the film is specifically made for people tripping on psychedelics. The constant strobe effects and neon lights support this idea.

Anyhow, I threw this on… and proceeded to stare at the screen, mouth hanging open for its duration. When it finished I thought, ‘now how the hell did I sit through that?’

I wanted to press pause – I wanted to press stop – on several occasions. But I couldn’t pull myself away. I needed to pee yet I couldn’t stop watching, I couldn’t stop staring at the screen. I have never seen anything even close to what this movie achieves. Watching Enter The Void is truly an unforgettable experience, drugs or no drugs. I will try to describe the film, but in reality there are no words that can do the film justice. You simply must watch this film. We need more cinema like this. 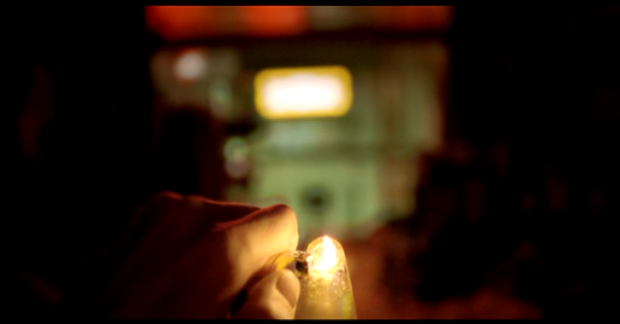 We begin with a first person viewpoint of main character, Oscar. Now I hate this style of camerawork as much as the next person, but here it somehow works, and it doesn’t take long for it to pull you into its void, as we become Oscar, feeling what he feels. After smoking some DMT (the chemical that the pineal gland in the brain releases when we dream… and when we die) we leave this world and witness some truly stunning special effects that are extremely appropriate given the reported effects of DMT, though I have not tried the drug myself.

Heh, and here I was talking about Michael Mann taking digital photography to its logical extreme. After watching this film, I see how very wrong I was. The DMT-influenced graphics and patterns are utterly hypnotic and are some of the best visuals I have ever seen. These sequences drift in and out for the duration for the movie. 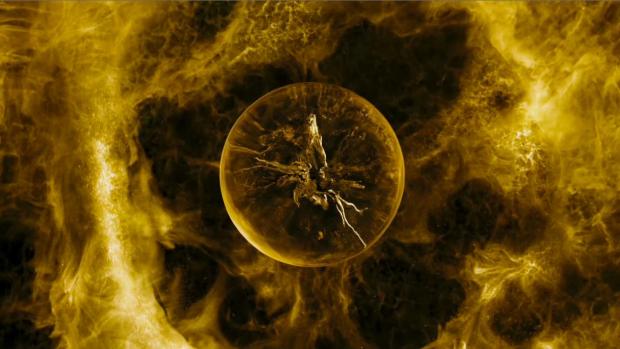 Once we finish experiencing Oscar’s DMT trip, we follow him and a friend to a club. Oscar has turned into a dealer, a dangerous business in Tokyo. What follows is extremely hard to describe. Again from a first-person perspective, we, as Oscar, meet up with a friend who we are delivering drugs to. Suddenly, it seems as if the police arrive, and we are suddenly running, locked inside a toilet as Oscar desperately tries to flush his stash. The banging on the locked toilet door increases, the tension builds, and suddenly a sharp and loud gunshot ends the sequence, as well as attempting to completely ruin my sub-woofer.

The sound distorts and slowly fades away, and we leave Oscar’s body and become Oscar’s spirit, soaring around his world, desperately wanting to become alive again. The narrative of the movie is surprisingly cohesive given the way it is presented, piece by piece. You could separate this movie roughly into four chapters, each one repeating scenes but each time from a new perspective, shedding new light each time. The first chapter is where we follow Oscar in first person view. Following his death, for the second part of the movie we become his restless soul, drifting aimlessly, recalling early memories and later ones, as we slowly learn what lead to Oscar’s death and ultimately the life choices that created the possibility of his death.

The third chapter is probably the most important, as we again witness Oscar’s life, starting from his birth. But this time the camera is fixed firmly behind his head. This section of the movie answers many questions but also raises new ones, as we see more flashbacks to his childhood that are much more poignant, and we see the extremely close relationship that develops between Oscar and his sister, a relationship that is related to a family tragedy that they both share.

The final chapter is an extended take of Oscar’s soul flying around the city, with almost every shot taken from above. We witness the fallout of his death, which has affected every person he knows, from his sister, to his best friend, to the guy he was delivering drugs to in the first place. We again witness his birth and younger years, and see the family tragedy again, but this time it is decidedly more disturbing. Make no mistake, this movie is an effort to watch. The shots from above as Oscar’s soul are frequently distorted in some way (see below) and the entire movie is filled with neon colours.

Enter The Void does not care if you are enjoying the ride or not. Its goal is to make you feel as uncomfortable as possible. If I am honest, I don’t know how I sat through all 161 minutes. It was certainly worth it though. I never want to see this film again, but at the same time I want to watch it again right now. The effect it had on me is extremely hard to put into words. That I have a non-physical type of epilepsy intensified the film – I have no doubt that the constant strobe effects were stirring the pot of my brain. I enjoy pushing the limits of consciousness. After all, the epilepsy I have puts me in a permanent altered state of mind anyway!

Those who have seen this will know what I am talking about, but this movie has some profoundly disturbing imagery. The sex that occurs is almost always under awful circumstances, and all the horrible events that occur throughout the movie, apart from the flashbacks to childhood, are all a result of Oscar’s life choices. This is a dark story within an extremely experimental movie, and is the type of stuff that I’d like to see more of. It had a major affect on me, and I still cannot stop thinking about it. There is so much more to say, but I cannot find the words to do the film justice. Drugs are not needed to enjoy this film, though I am sure they would help in making sense of it all.

Let me just say that, whether you like to trip or not, this is an experimental film that is worth at least one watch. The visual effects combined with the hard-hitting narrative make for one extremely unique, memorable film. I can’t wait to torture myself by watching all 161 minutes again.

4.5/5 – Highly recommended to folk who want to see the limits of cinema pushed as far as they will go