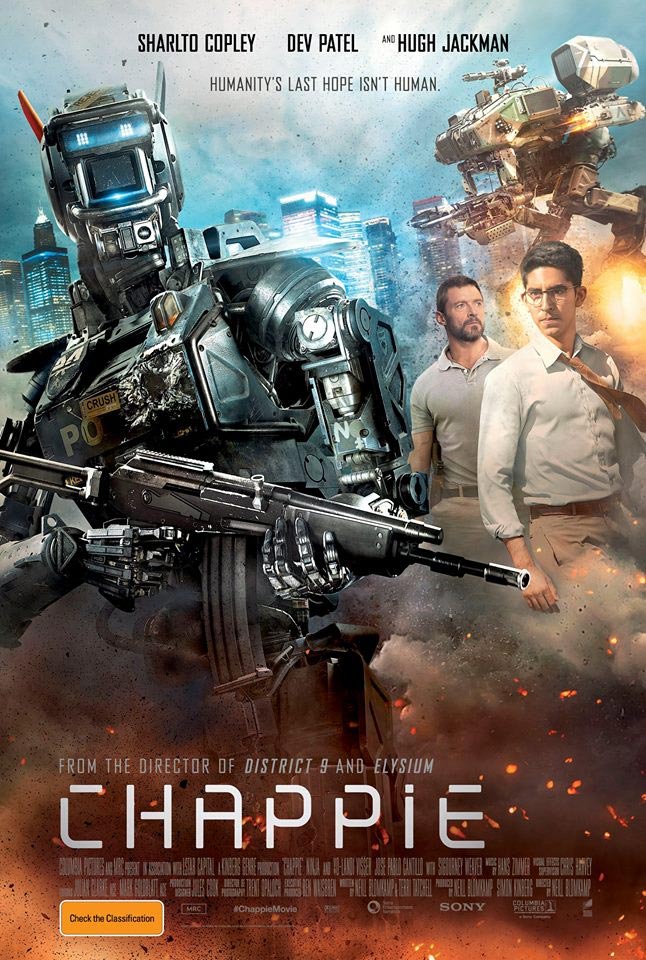 Apart from being a two-hour long advert for a South African rap-group, this is an extremely confused movie that is a rollercoaster in (almost) all the wrong ways. It is obvious that Blomkamp/Tatchell share some strong political opinions, not to mention what feels like a certain disdain towards humanity – and I can’t blame them if I am honest – as Bill Hicks once said: “We’re a virus with shoes”. Or perhaps he just doesn’t like his home country that much. Either way, this bleak outlook, apart from the (awful) comic relief provided mostly by said rap-group (and at least three horribly lame montages of Chappie becoming more ‘gangster’, which could have been poignant scenes if he was learning almost anything else), makes for a political lecture of a film with many lofty ideas that it unfortunately does not execute with much finesse. Yes, the world is becoming more oppressed, and a film about robots taking up that role of oppression is exactly the moral lesson Blomkamp decided we needed. It of course is plausible, but also relentlessly pessimistic. Excessive use of slow-motion and rapid-fire different camera angles during action scenes almost completely remove the impact from these set-pieces and the impact of the films ideas, but the film certainly has a rather thoughtful conclusion that is believable and, despite the thin characters, somewhat emotionally resonant.

Given these views, Chappie was an extremely frustrating watch for me. There are undeniably some great elements here, such as the robot acting like a person, forming relationships, having opinions and the ability to express them… The people gradually treat it more and more like a person than a robot. This element of the film reminded me of the new Apes franchise in how they depict distinctly human scenarios within the groups of apes. AI also had a massive influence on this obviously, when the robot is childlike it almost felt like a slight ripoff of AI. But Chappie has an interesting character arc, and due to the extremely shallow human characters, Chappie is by far the most interesting character of the film and the only one whose personality-progression means something. Hugh Jackman is the only interesting human character to be found.. But he is not a big part of the story, and his motives even less-so. A good idea then: have a rap-group take up most of the movie – who needs Hugh Jackman? This South African rap-group Die Antwoord are in almost every scene, teaching Chappie how to be ‘gangster’. I am honestly cringing just writing those words, not just because as a concept it hurts my brain, but also because Die Antwoord are not actors and their presence on-screen was beyond irritating and was beyond grating. Plain horrid and completely unnecessary are adjectives that come to mind. Their treatment of Chappie  obviously is representing bad parenting and the concept of conditioning, but it funnily enough actually says very little about artificial intelligence, and certainly nothing new. The same can be said for the entire movie. Funny thing is I actually really like their music. 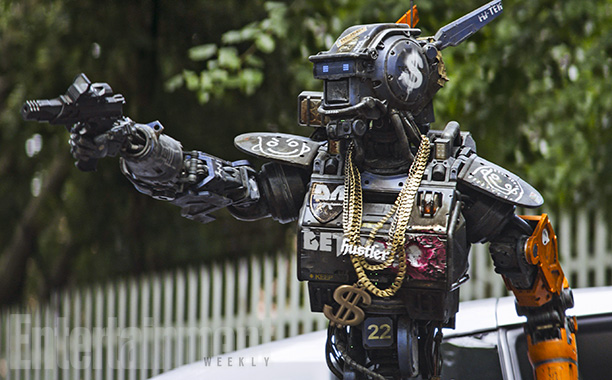 Hugh Jackman’s character was a rather transparent and obvious take on drone warfare – but not only does Jackman overact (going from what he was given I am guessing, as he is a better actor than this), as mentioned his characters’ motives are sparse to put it kindly. The only reason we see for his maniacal, psychotic temperament is office politics and business competition. Yes, he and the fellow designer who created Chappie are different, essentially competitors working in the same office. But further from this? The reasons for his increasingly bizarre behaviour are unknown. Initially it seems his character brings a somewhat interesting variation on Artificial Intelligence. At closer inspection though, it is simply an extremely obvious comment on how shitty we humans are. Yeah, we get it already Neill. Try something new could ya? No need to hammer the point down our throats mate, film after film. Of course there is never a hint of the two working together, as that just wouldn’t make for a good narrative, and that would depict humans in a positive light. In reality though it would have made the most sense within the story, and again there is no real reason given for why the two don’t work together. Their different ideas and personalities could, perhaps, have made for a better movie if they had have collaborated. The almost complete lack of heart and emotion in this office and in most scenes without Chappie makes these people seem quite soulless. This perhaps was intentional, but it leads to some very bland characters who are hard to care about. 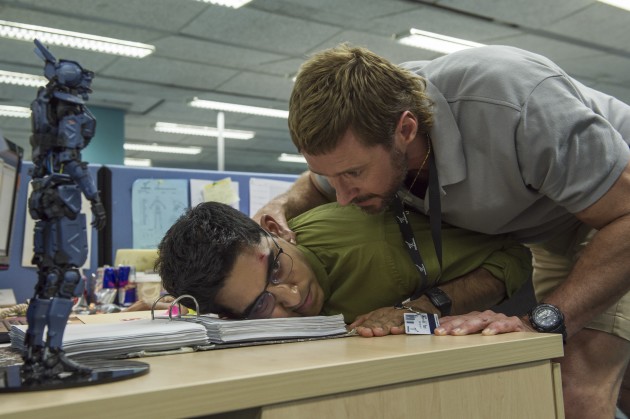 Chappie is packed with good ideas and themes relevant to today’s political climate, but is unfortunately lacking in execution due to a variety of reasons, most signifigantly the lack of depth in the characters and their motives, not to mention some truly awful editing. Very much worth a watch, though I would wait for a rental, as the film doesn’t look good enough to warrant the big screen treatment. The film is filled with great ideas and concepts, though unfortunately maybe one or three too many. Additionally most of these themes are thrown aside for the final action-filled act, however they are all relevant to modern society and the film must be commended for this creative social commentary, even if it is abandoned almost entirely by the end of the film. Unfortunately because these ideas reside within a slightly clumsy film that isn’t well shot, it feels confused as to what exactly it wants to be, leading to an uneven watch in regards to the pace and flow of the narrative, and the entire film in general.

← THE ARCHWAY CHRONICLES: CHAPTER I
MONDAY @ THE MUSIC: INSIDE LLEWYN DAVIS OST →