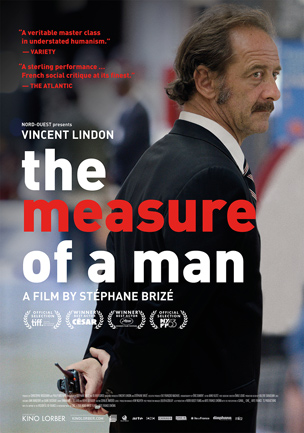 Directed by Stéphane Brizé Written by Stéphane Brizé , Olivier Gorce Starring: Vincent Lindon, Karine de Mirbeck, Matthieu Schaller The opening scene of this social commentary is depressingly familiar to me, as main character Thierry explains that he completed a course only to find…

Directed by Grímur Hákonarson Written by Grímur Hákonarson Starring: Sigurður Sigurjónsson, Theodór Júlíusson, Charlotte Bøving This film played at a Scandinavian film festival last year and I was angry that I missed it, as I had read high praise from seemingly every critic. I…

Directed by Maïwenn Written by Etienne Comar (screenplay), Maïwenn (screenplay) Starring: Vincent Cassel, Emmanuelle Bercot, Louis Garrel Much like Lolo, I doubt I’d have seen this film if it were American. The French seem to do romance in a way that doesn’t feel forced,…

Directed by Jaco Van Dormael Written by Thomas Gunzig, Jaco Van Dormael Starring: Pili Groyne, Benoît Poelvoorde, Catherine Deneuve, François Damiens A girl, Ea, tells us her story. She knows who God is; in fact, God is her father. He invented Brussels as he…

Directed by Julie Delpy Written by Julie Delpy Starring: Julie Delpy, Dany Boon, Vincent Lacoste, Karin Viard A perfect image of how little I know about French cinema – Julie Delpy is a name I had not heard before seeing this. The lady who…

Directed by Jacques Audiard Written by Jacques Audiard, Thomas Bidegain, Noé Debré Starring: Jesuthasan Antonythasan, Kalieaswari Srinivasan, Claudine Vinasithamby From the opening scene, we are presented with a strong image; we cant make out many words, but we see men hurrying to throw kindling…

Directed by Gavin Hood Written by Guy Hibbert Starring: Helen Mirren, Aaron Paul, Alan Rickman, Barkhad Abdi While this is a tense and gripping flick from the opening scenes, I find myself feeling conflicted. While a film about drone warfare is a topic certainly worth… 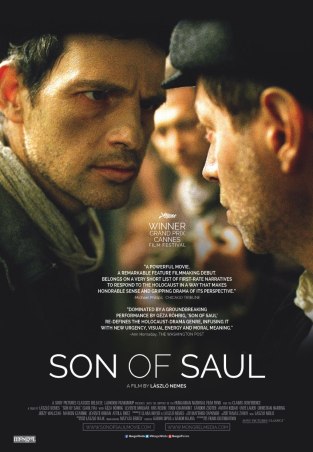 Directed by László Nemes Written by László Nemes, Clara Royer Starring: Géza Röhrig, Levente Molnár, Urs Rechn Son of Saul was Hungary’s nominee for the best foreign language film Oscar, and it is easy to see why. Films about the holocaust are often labelled…

Directed by Nicholas Hytner Written by Alan Bennett Starring: Maggie Smith, Alex Jennings, Jim Broadbent Based on ‘a mostly true story’, The Lady In The Van is a fun and lightly amusing flick starring Maggie Smith as the titular lady, known as Miss Shepherd….