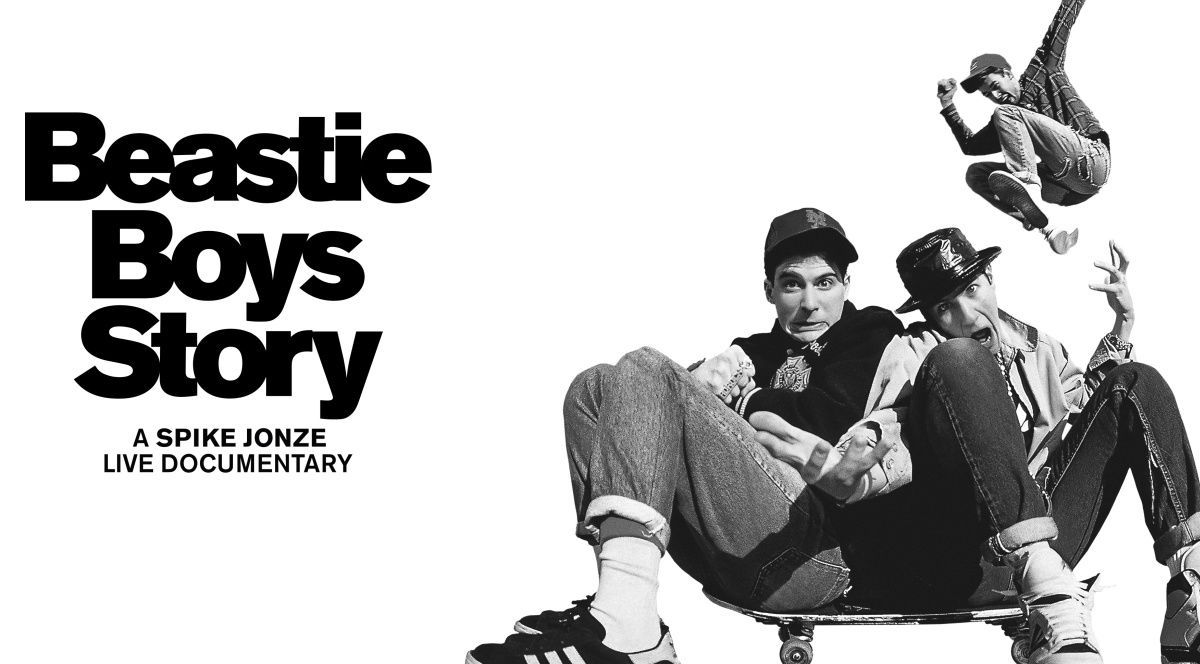 Ignoring typical tropes of most documentaries, The Beastie Boys Story is refreshing in its presentation as it is delivered similar to a comedy show, being presented to a live audience. Michael “Mike D” Diamond and Adam “Ad-Rock” Horovitz, the remaining members after the passing of MCA (Adam Yauch) to cancer in 2012, speed through almost three decades of Beastie Boys history.

While the documentary could have been twice as long given the impact of the band and the decades they remained together, Spike Jonze effectively directs the roller-coaster ride that the band rode from 1983 to 2009. From being high school kids, playing hooky and discovering new punk bands to becoming one of the most important bands in music, Jonze crams as much information as possible into its two-hour runtime, Mike D and Ad-Rock doing their best to cover as many important moments

The central motif that never feels out of place are the many examples of how important the late Adam Yauch was to the band’s success. ‘An enigma’ who never took a break from exploring all that life had to offer, both musically and otherwise, he consistently surprised even his two best friends, one of many examples being when he bought himself a giant double bass and was instantly able to play it.

It should be briefly noted that these are very hard instruments to play!

The loving tributes are spread out evenly amongst the film as the two remaining emcees reflect on everything from when they first met to the last show they played. Their early success and subsequent dissapointment when it didn’t continue is explored, as well as how they matured as musicians and people, becoming comfortable with their own ideas and eventually deciding that they wouldn’t let anyone stop them from playing whatever they damn well pleased.

In the one direct tribute to their lost friend, Mike D talks glowingly of how much fun they were having in 2009, running around a grocery store in Tennessee filming their single ‘Too Many Rappers’ with fellow legend of the genre Nas, a single that remains a favourite of mine. 26 years after Adam first decided they should start a band, they were still having a blast. After this though he highlights the strange feeling of not knowing that a certain show that year was going to be their last at that time. Its a deep wound that obviously still pains him to this day.

The emotion displayed speaks to the theme of friendship that runs through the film’s veins. The Beastie Boys were more than a band, they were best friends who spent more time with each other than with their families. Their bond and the fact that no member was ever replaced in 26 years can arguably supersede their musical accomplishments on display, though this depends largely on existing knowledge of the band.

Far from a simple tribute, Beastie Boys Story is a humorous, interesting and informative film. Spike Jones, who shot multiple videos for the band, holds back his characteristic creative flourishes to focus solely on the band’s bond. Very funny cameos by (obvious fans of the group) Steve Buscemi, Ben Stiller and comedian David Cross, who poke fun at the two mid-credits, are the proverbial cherry on top.