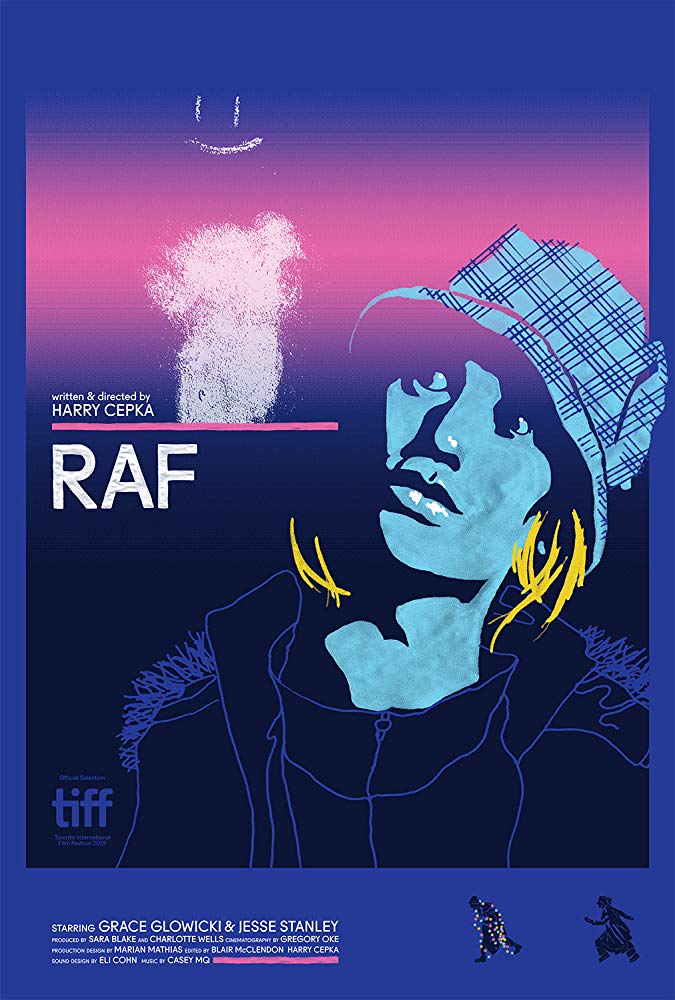 A coming-of-age story with definitive art-house qualities, protagonist Raf is clearly intelligent and creative, a girl in her mid-twenties who is trapped by her lack of confidence and severe inability to be assertive. That is, until she meets Tal, the sister she always wished she had. While exploring the dynamics of female friendships, it simultaneously prods the concepts of lopsided relationships, regardless if they are friendships or something more.

A slow, simple film with little weight to support its narrative, it is balanced by the atypical approach to the genre: it abides by some norms, but entirely ignores many others.

Early, a symbolic shot sadly portrays how lonely she feels, the first of many subtly creative visual moments that silently offer a glimpse into Raf’s mind. Eating dinner with her large family around her, the camera peers through a window. Aptly, the conversations are near-muted and indecipherable as its becomes clear that those around her offer no relief. If anything, she is completely indifferent toward them.`

Raf’s description of her life at the start of the film via narration seems to say that she is content with a mediocre existence and no ambition to move forward. She is content to daydream about rave clubs, dancing in the safety of her bedroom. One telling scene has her project a picture of people dancing onto a wall. She then stands within the projection, and the impressive performance by Grace Glowicki creates an incredibly emotional scene in which her loneliness is most apparent and heart-breaking.

Impressively, we feel a sense of consistent reality, as if we have randomly bumped into Raf on the street, much like Tal accidentally does, leading Raf towards perhaps the only friendship she has experienced. The deliberately paced construction of their relationship revolves around their contrasting personalities, as Tal is a different person in nearly every way, her confidence the most immediately obvious.

This confidence changes Raf’s life for the better, helping her to be assertive in life, among other positive changes. But could she have eventually formed these strong changes alone? More questions are posited in this realistic and relatable film, and its ability to leave an impression is sure to have some viewers reflecting on their own relationships and how healthy they may be.