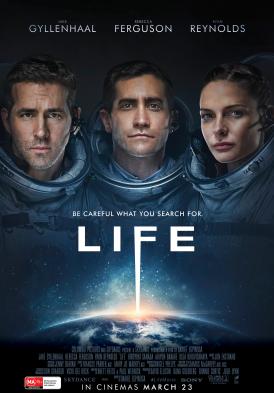 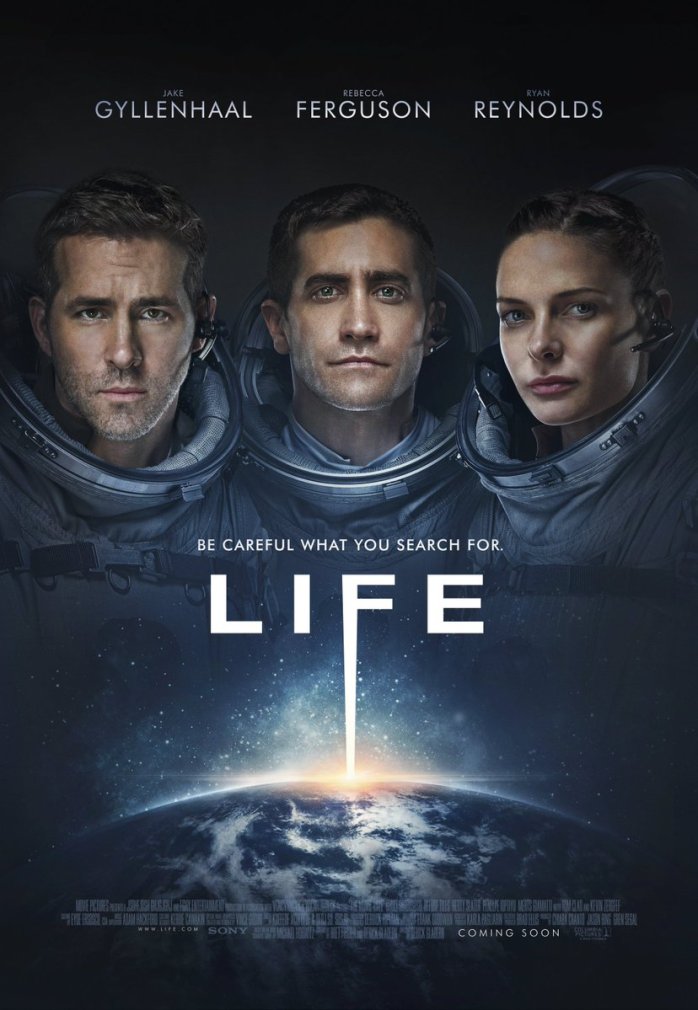 An incredibly apt title, Life is much more about the finding of new life on Mars. Almost all decisions that the characters must make involve the risking of their life. One character remains in outer space despite deteriorating health conditions as he hates life on Earth. Another misses his family. The premise seems incredibly basic, but there is more to be found. This finding of new life though is of course the crux of the story.

Six astronauts are aboard space station ISS, waiting on a package from an unmanned craft that has materials from Mars. Resident scientist Hugh Derry coaxes life into what they have found, and these efforts are celebrated world-wide, as they shown on big-screens in the middle of large cities. A local school-girl has won a competition: what to name it. The crew are all smiles as they answer questions posed to them by school-children.

This isn’t a ‘reboot’ of any kind, but it takes heavy influences from ‘Alien’ as the life-form morphs into a creature that isn’t friendly, and the astronauts learn quickly that the thing is smart. Once its intentions and IQ are established, a sense of dread washes over the audience and the sense of tension only increases as time goes by.

Compounding this impending sense of doom is the claustrophobic nature of the station, not unlike that of being in a submarine. They know that they are stuck in a small environment with a creature who’s capabilities are unknown, as this fact is certainly felt by the viewer. This claustrophobia is captured visually early into the film with a long take as the camera follows different crew members, who always seem to be in tight quarters. There are also no scenes that take place on Earth, establishing the disconnect and distance between the team and their home planet. They are completely alone.

Visually, the film is a treat, with unique camerawork and a truly unforgettable sequence to establish the film; taking cues from 2001, the space station slightly emerges from the shadows created by the sun, unafraid to take its time in revealing itself. When it does, it looks remarkable and the entire sequence is hard to forget. The design of the station it interesting in itself, as it doesn’t look particularly modern. 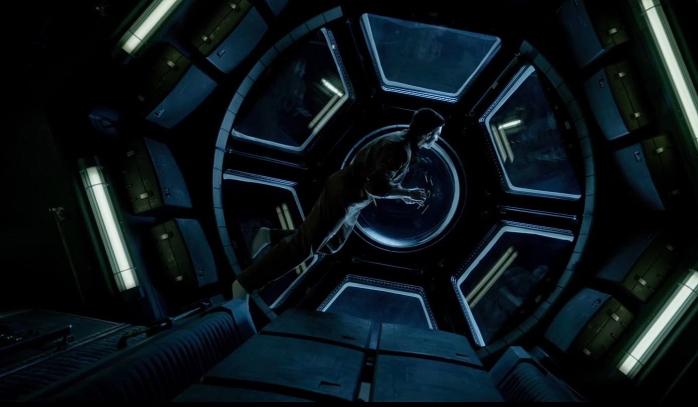 As the gravity of the situation sky-rockets the team react in different ways; unfortunately this is not enough, as most of the characters are quite thin and it can be quite hard to care about their fate. Ryan Reynolds’ character, for example, is essentially the typical arrogant smart ass who seems selfish but deep down, he has a big heart. The tense action hides this at times, but it is hard not to notice. Jake Gyllenhaal’s character is ignoring his declining health to avoid living on Earth. This theme isn’t explored at all, and we are simply left to wonder why. Don’t expect any clues.

This film’s weakest link is the dialogue. It is delivered well, all actors are great here, but there isn’t much that is memorable. The action of the film is certainly a different story, but it feels that apart from reacting to what is happening, the characters say little to reveal anything about themselves. This of course only adds to the thin quality most characters already posses, and consequently many themes that indeed revolve around life aren’t mined for deeper meaning. 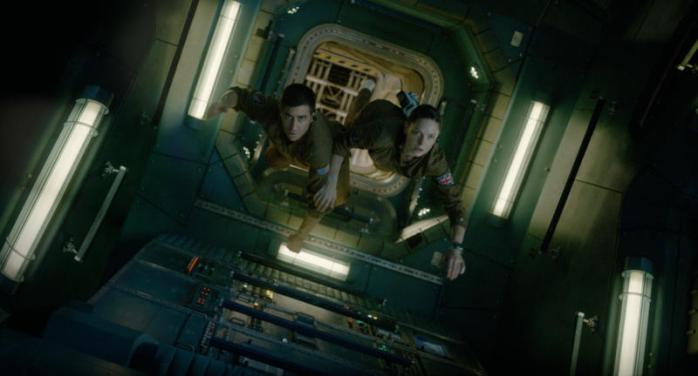 Far too melodramatic at times, including a score that doesn’t leave an impression at all, this is a good film that exceeds expectations, considering the date of release, 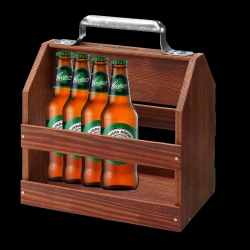 and the amount of cash being thrown at the screen regarding CGI. It is much more than a pretty film located in space, though some leaps in logic may throw you off-course, and given the themes that were presented early, it certainly feels like there are avenues left unexplored. This really could have been about life in many more ways than one, but it rather focuses on tension and action. It certainly takes some unexpected turns, and scenes involving the creature look amazing. Ultimately, this is a well-executed story with a fantastic final act, and an ending to be remembered. It just could have been so, so much more.