Directed by Mark Waters Written by Johnny Rosenthal, Shauna Cross, Starring: Billy Bob Thornton, Kathy Bates, Tony Cox, Christina Hendricks I’ll admit, this is a sequel I was looking forward to when I first heard about it. I love Billy Bob, and I loved…

The power of this film, much like 2001 – a film that this draws many influences from – would not be the experience that it is without Johann Johannsson’s bespoke soundtrack to accompany it. It hits every note to match its accompanying scene perfectly….

AND ANOTHER STROLL THROUGH PHOTOSHOP…

Tinker enough and you can come up with some amazing results. I went for another hike today down south, and decided to muck around with a particular filter in Photoshop. It gives the photo the sense that it has been hand-drawn. They obviously aren’t,…

Directed by David Mackenzie Written by Taylor Sheridan (screenplay) Starring: Dale Dickey, Ben Foster, Chris Pine, Jeff Bridges, Gil Birmingham Shout out to Tom over at digitalshortbread for putting this on my radar months ago. It finally hit our cinemas last month, and after… 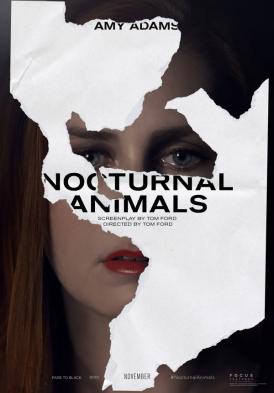 Directed by Tom Ford Written by Tom Ford (screenplay), Austin Wright (novel “Tony and Susan”) Starring: Amy Adams, Jake Gyllenhaal, Michael Shannon Given his background, director Tom Ford’s second film is surprising in that it is not a case of style over substance –…

Directed by Denis Villeneuve Written by Eric Heisserer (screenplauy), Ted Chiang (based on the story “Story of Your Life”) Starring: Amy Adams, Jeremy Renner, Forest Whitaker Denis Villeneuve continues to show his skill and virtuosity with another film far removed from his last, and…

Directed by Mel Gibson Written by Andrew Knight (screenplay), Robert Schenkkan (screenplay) Starring: Andrew Garfield, Sam Worthington, Luke Bracey The movie sets the tone by beginning with a fiery scene, in which we see destruction and mayhem on the battlefield. Our main character Desmond…