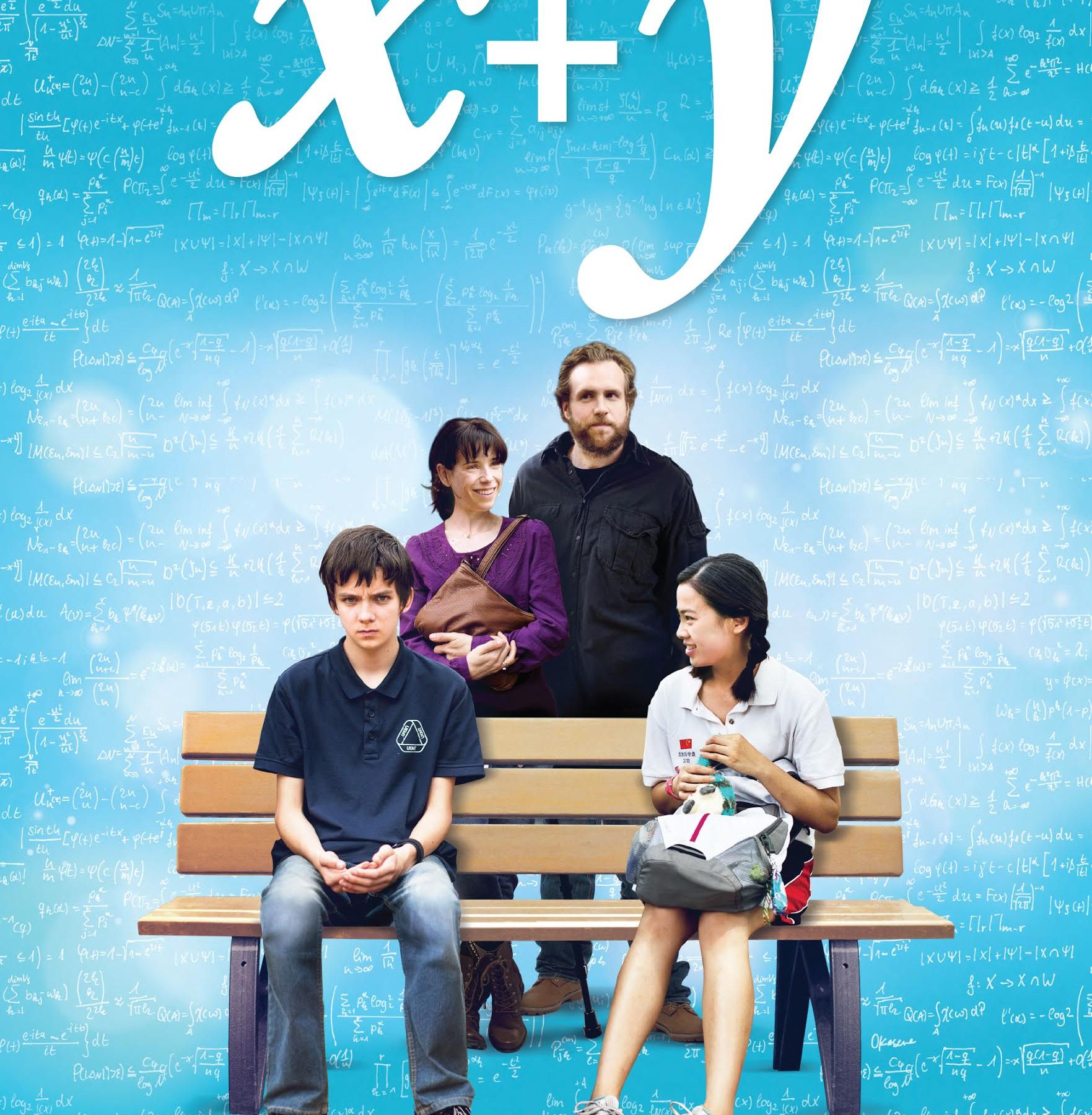 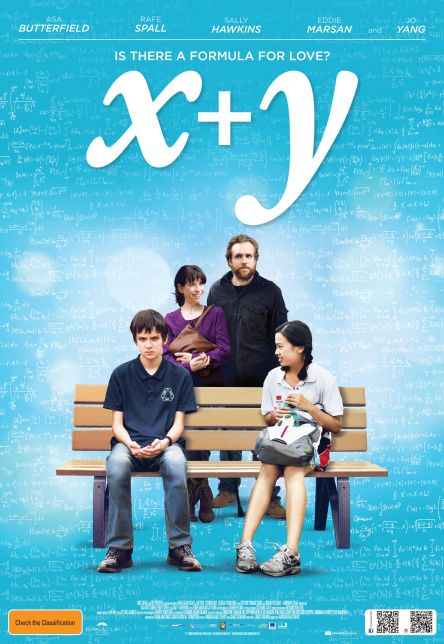 Over the last few years I have been friends with a few different folk who all had autism, on varying levels of the ‘spectrum’, where a high functioning autistic person is normally diagnosed with Aspergers and can cope fairly well with social situations. Then there is the other end of the spectrum, which is where we find young Nathan (a spectacular Asa Butterfield), diagnosed at six and told that he is special, unique. No one wants to be ordinary. Well, that is a lot easier said than realised, as I have heard that same line countless times and it does not make things any easier. Temporal lobe epilepsy is very similar to Aspergers and autism in some ways, most notably the abstract approach to math (I was always told off for not showing my ‘working out’ when doing long division and algebra) and especially the awkwardness and the way people with this disorder find it extremely hard to socialise. Things like the tone of voice, a gentle friendly touch, facial expressions and body language, concepts like sarcasm and insults…. these are things that are difficult to grasp for people with autism, especially when they are on the extreme end of the spectrum. While I don’t have autism, I do have temporal lobe epilepsy and I can remember all too well the bullying thrown my way, simply because sarcasm, insults, bullying… they were quite literally concepts I didn’t understand. So my response to any insult was mute. I was lucky though, as I was able to watch other people socialise and pick up clues. Socialising is still a hard thing for me to do, though compared to Nathan’s difficulties, I feel lucky that I have made progress.

A film such as this risks being too sentimental and groan-inducing – however this is certainly not the case, as the story doesn’t go in directions you would expect from a film of this type, and the humour peppered throughout is light-hearted but genuinely funny. Most of the laughs come from Nathan’s tutor Martin, who has his own personal problems, meaning he can understand Nathan better than most as he is able to empathise. He understands the pain, the difficulty, the frustration, but of course for very different reasons. Despite this he is a constant source of laughs, his sense of humour is great, though poor Nathan continues to take his jokes word-for-word literally. This is how the autistic mind works: based on logic – it slowly becomes clear how hard it is for Nathan to understand the outside world and everything that comes with it. The second half of the film is an appropriate shift in tone as the humour, while still there, isn’t based around the social troubles that Nathan suffers from as it becomes more obvious how hard it is for Nathan to achieve simple tasks most of us take for granted.

When Nathan becomes involved in the maths competition, he learns that his skill at math is not what he thought it was. A fellow competitor informs him that he is simply average, and not special in any way within this group this group of children. And an interesting bunch they are, all with wildly different personalities and ways of talking about math. Nathan though, he is finding it hard to talk to anyone. Finally, he is told that “hiding at the back of the class won’t help” and is asked to explain a mathematical concept on a blackboard. Having excelled in math helped me a bit obviously, but the way he breaks it all down, almost anyone can understand what he is saying and the incredibly lateral thinking that is required to solve such a complex problem. It is a key scene where Nathan’s confidence receives the smallest boost, but one he certainly needed, and this kicks off the films final act which is unexpected and finishes with a wonderful scene that is sentimental and a bit cheesy, but given the movie’s premise, I can get over something so small. I admit I smiled as the credits rolled.

As mentioned in other reviews I have come across, this film accurately portrays the challenge a troubled child can be for parents. Whether it is autism, epilepsy or anything similar, parenting suddenly becomes a daunting task. This is established near the start of the film where Nathan’s mother tries to hold a young Nathan’s hand for an important event, but this scares Nathan, who decides to run away. One wonders how a parent could possibly feel in such a situation; frustration surely can’t be avoided, but this needs to be swallowed to adequately deal with a child like Nathan. A challenge for life, a parent’s love is tested to its limits when dealing with their child is so difficult – even something simple like communication, conversation, is nearly impossible. One gets the feeling his mother would burst into tears if Nathan answered “goodbye” just once after his mother says it. But the autistic mind deals with logic, and when thinking purely along those lines and not grasping the social and human element, Nathan doesn’t understand why he should answer to “goodbye” as it isn’t a question. This is especially heartbreaking after Nathan meets someone at the competition who he is slowly able to talk to, who waves goodbye enthusiastically to Nathan’s mother while Nathan’s face remains blank as he doesn’t even turn around. This movie brought back a lot of memories for me, both personal and of friends I have had and subsequently lost because they couldn’t deal with their illness and suddenly disappeared. It is a realistic depiction, though perhaps too light-hearted for the serious material being explored. There was some humour that I found slightly inappropriate, mainly in the second half, but if you are understanding the movie then they don’t come across as jokes anyway.

Technically this movie is very well shot, with some fantastic camera angles, tracking shots and distorted colours, such as those on traffic lights, effectively portraying the difficultly Nathan has to simply deal with being outdoors. However due to the effective use of humour, mostly from Rafe Spall’s character as Nathan’s tutor and his early interactions with Nathan, the film is not downbeat. It does get progressively more dramatic as Nathan’s social skills slowly develop thanks to his tutor’s understanding of his illness, and because of the Chinese girl he meets at the competition, someone who doesn’t judge him in the way he is used to being treated – as a ‘weirdo’.

3.5/5 – X + Y is a light-hearted film for the most part, depicting a serious and commonly misunderstood illness. The film uses flashbacks to show Nathan as a young child to accompany current events. Nathan is barely in high school when he is given the opportunity to complete in this competition. As he says himself to his mother, “I don’t like anything more than maths”. And so begins this young man’s quest to compete in the International Mathematics Olympiad. It is a varied ride, funny at times, heartbreaking at others, while heartwarming when you least expect it. The variety within the film saves it from being an ‘oscar-bait’ type movie, as well as the fact that it is extremely well made. Honestly, I think this film makes The Imitation Game look pretty half-baked. It falls down slightly in that it doesn’t explore a couple of subplots, one including a girl Nathan meets who explains to him how math and music go hand in hand, another including another competitor, a cocky young one who loves to antagonise the other young people. This and some slightly over-the-top sentimental moments are the only flaws I found within this movie, and I’d definitely recommend it, though probably for a rental rather than at the cinemas.