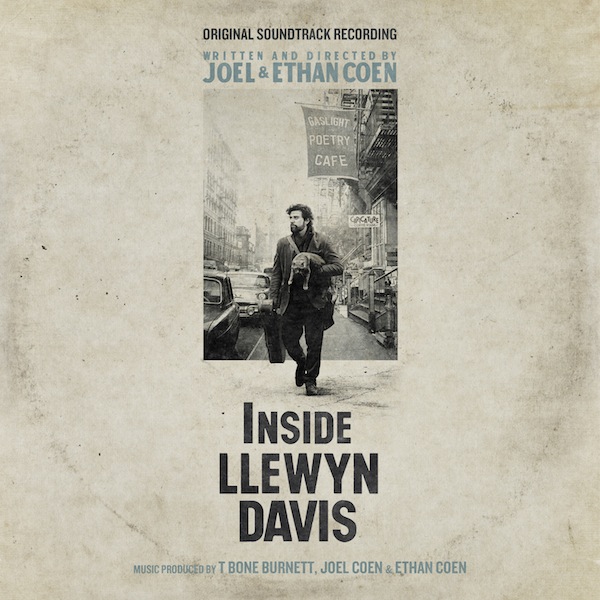 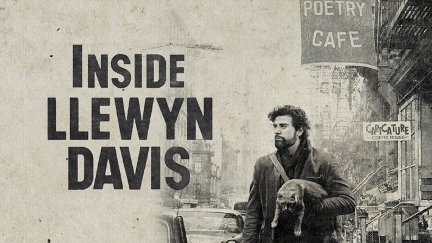 I feel I must preface this piece by separating this record from most other soundtracks. There is no classical music to be found here, nor are there many pre-existing songs. No, thanks to the immense talent drafted by the Coens, this is an album that stands up to the best folk music has to offer. This is thanks largely to Oscar Isaac, whose explosion onto the big-screen is amplified incredibly by his musical performances, and I use that word as a plural intentionally, as I can’t imagine how many times he was required to play the exact same thing for different takes and shots. The rest of the cast are all just as good, especially Mr. Timberlake, and together they all have created a unique and pleasantly calming album that, for me, has taken the place of Animals by Pink Floyd as the album I play each morning after I wake up. It is simply that good, and that replay able; much like the film…

… As, if there was one movie that could described as a song would be, this is it. The structure of showing us the ending at the beginning of the movie kicks this concept off, as unlike most films and television, music is a form of art that can be played again and again and its appeal, much like a good wine or cheese, magnifies rather than suffering over time. Using this narrative structure is obviously not unique to this film, but it serves as a neat metaphor for what music is, to me at least; each time I listen to a song I love, I have seen it before. I know it, I know it well, I know how it ends.  Additionally, the narrative and structure of the movie is rather loose, more like a song’s story than most films. The character Isaac plays, the struggling musician, certainly isn’t hard to imagine within a folk song. His character is also obviously relevant to the early 60’s folk scene the film is based in, but also current society. One needs to be very fortunate to make a decent living from music, despite the fact that it is a universal language that very few people do not care about. The odd structure of the movie, combined with the loose narrative, Llewyn’s personality, and the music performed throughout is what makes me see this as one huge allegory for a song, one that has been recorded on film rather than vinyl.

While I am slightly familiar with folk musics’ greats and especially some Scandinavian neo-folk music, the concept of re-recording already written songs was one that I didn’t know was commonplace in the folk scene. After the first scene which also happens to be the last, we see Isaac playing Hang me, Oh Hang me, a song once recorded by the man this film is loosely based on, who incidentally released an LP titled Inside Dave Van Ronk. Hardly a coincidence! He did not write the song however, and The Grateful Dead also recorded their own version, going by the title of “I’ve Been All Around This World”. It has also been known by various other titles: “The Gambler,” “Cape Girardeau” and “My Father Was a Gambler” are just a few of many. The song’s history goes further back, as far back as the 1800’s it would seem. This article is particularly interesting and traces the song back to the 1800’s where hangings were commonplace. Notice in the video below how Oscar Isaac not only nails the song flawlessly, but his acting while playing is 100 percent believable, with his eyes often closed while his facial expressions match the dips and peaks of the song immaculately. The two shots of audience members are also quite telling; they look transfixed. This is another element that astounds me about this movie: in addition to everything else, Isaac was playing this song in front of an audience, not just a camera and two of the best directors around today. Below is also Van Ronk’s version, though I can’t help but prefer Isaac’s recording. His voice is simply incredible. But pick for yourself, which rendition do you prefer?

Many of these songs share similar origins, going back decades with disputes over the original writers, and many were recorded by folk musicians of this 50’s/60’s folk scene. One such song from the OST is 500 Miles which has a complicated history: the writer(s) of the song aren’t clear, and there is a possibility the song originated from an earlier recording titled 900 Miles. Another example of this is the incredibly moving track Fare Thee Well (Dink’s Song), featured below, another track with an interesting history, allegedly originating in the early 1900’s, sung by an African-American women by the name of Dink. I find this aspect of the folk scene endlessly fascinating, as different musicians offer their own takes on decades, sometimes centuries old folk songs. The great thing about this film is that it is bringing this fantastic form of music to a new generation, and I for one could not be more appreciative. One other aspect of the following track, Fare Thee Well, is that it probably is the best display of Isaac’s vocal range. The OST features two versions of the song, one with Isaac and Marcus Mumford, and another take from near the end of the film, which is played by Isaac alone. His vocal range is unbelievable, and remember, this guy is an actor by trade!

The joke song “Please Mr. Kennedy” and the scene in which it is recorded is an amusing take on niceties when playing with other musicians, most evident when Llewyn asks, “who wrote this?!” in a deadpan, matter-of-fact way. More relevant though is Llewyn’s attitude to the music, looking down on this popular style, and this self-destructive view not only leads to an awkward recording session, but it is also the reason Llewyn would rather take an immediate 200 dollar check and miss out on royalties, as in his mind the song is garbage. This is yet another spot-on depiction of a struggling musician and the inevitable bad decisions that come with that territory. Using their unique and instantly recognisable humour the Coens are renowned for, the song is intentionally bad yet catchy as all hell, and the great thing is it is musically solid and well-written with genuinely catchy hooks. I’m laughing just thinking about the track, I find it rather hilarious and I’ll tell you why.

Again, the history of this track is interesting, as it started as a political/satire song from the 60’s, with the hook “Please Mr. Kennedy, don’t send me to Vietnam”, the track being about a man who is sent to Vietnam against his will. From that influence, Oscar-winning songwriter/producer T Bone Burnett, the Coens, Justin Timberlake, Isaac and Adam Driver (who adds some extremely odd and deep background vocals, adding to the strange nature of the song) all collaborated to perfect the song’s melodies, structure and words. This turns the political/satirical lyrics into nonsensical ones, as the hook now becomes “Please Mr. Kennedy, don’t send me into outer space!” and the song is now about the president sending a man into space against his will. Again, I’m laughing just writing about that. In one great scene Llewyn genuinely seems confused and frustrated when being told by Timberlake’s character how many “puh” “puh”s need to be before the line “Please Mr. Kennedy”. As a musician (well, a drummer to be accurate) I love this song and the entire scene, they are both fantastic, and the humour is so Coen-like; intelligent but not overtly so that it goes over your head.

Going back to Oscar Isaac, according to him he has put as much time into music as he had acting, though I’m sure this movie changed that. Additionally, Isaac grew up with a Coens poster adorning his wall. Having built up a solid resume up until that point, once he heard about the part of Llewyn Davis, he became a man on a mission. The Coens obviously showed interest after hitting a brick wall in trying to find a lead actor that could sing, play guitar and act at levels acceptable to them. Oscar has been playing guitar since the age of 12, but this particular type of string-plucking and folk music was not something he was familiar with before the shooting of this film. Watching it though, you wouldn’t ever guess this, as not only does his voice hit every note pitch-perfect, each pluck, each chord is haunting and brings to mind the very best of classics by Simon and Garfunkel and Bob Dylan. The latter is featured on the OST, a single song as a tribute to the legend of folk music. The final track is the only other song that wasn’t recorded by the actors, and is by Dave Van Ronk, the musician whose downtime of his career Llewyn’s journey is supposedly based on.

Another revelation for me was Justin Timberlake. Now I knew he could sing of course, but with the use of electronics and pitch-converters so prevalent in modern popular music, it is often hard to tell who has an excellent voice and who has a terrible voice and has released an album equal to a polished heap of dog mess. I recall vividly the endless online debates about his casting, how the Coens had tripped up. Though I was not involved in such discussions, they made for interesting reading and it increased my anticipation: was he going to flop? The answer was a resounding NO, and once the movie finished, I realised I hadn’t recognised who he was in the movie! That is how effortlessly he slipped into this 60’s folk music scene, and on top of that, I never knew he could sing like he does in this movie. In addition to this, his seamless entry into the world that the Coens created makes me respect the man that much more, as I never knew much about him, and like many didn’t think much of his decision to turn to acting all those years ago. After watching this film though, it is clear that the Coens chose wisely, and honestly, I shouldn’t have doubted their unquestionable expertise in crafting film.

6 Comments on “MONDAY @ THE MUSIC: INSIDE LLEWYN DAVIS OST”