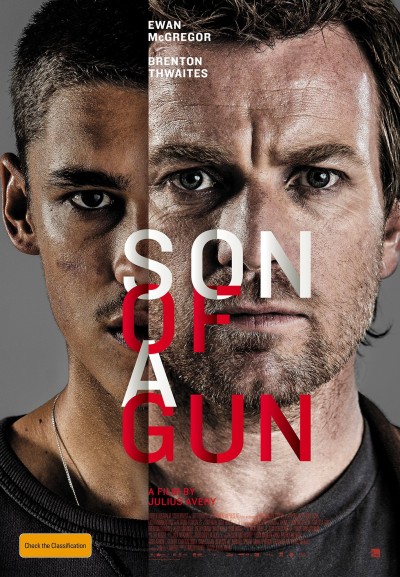 “A game of chess… Is like a sword-fight. You must think first… Before you move.”

Chess is an endlessly intriguing game, both to play, to watch, and even to read about. Perhaps the greatest achievement from debut feature-director Julius Avery (who has had much success at Cannes with his short films, not to mention having worked closely with cinematographer Adam Arkapaw, who not only shot Aussie thrillers ANIMAL KINGDOM and SNOWTOWN, but also recently shot the acclaimed TRUE DETECTIVE television series), apart from the impressively massive scope of this thrilling ride, are the subtleties of the film. What is even better is that some of these subtle shots prove to be extremely relevant, while others seamlessly fit into the film but aren’t particularly relevant overall. For example, a close-up shot of a chess piece, naturally a King, lying on its side. To some this may say nothing, but in this film it really is the epitome of the old saying that a picture can say many words. What makes this particular shot memorable is the fact that almost all of this movie can be seen as a sweeping allegory alluding to a competitive and unpredictable game of chess played by two very skilled players.

This film seems to have it all: tension that will not let up, characters that will keep you guessing until those credits roll, not to mention some incredible action sequences that put most Hollywood blockbusters to shame, and a dark, heavy plot that unfolds at just the right pace, with the perfect amount of twists combined with just the right amount of heart. This is one memorable film, and I can’t help but be proud of my fellow countryman for offering up a feast of a movie that yet again rivals the best that the rest of the world has to offer.

We are introduced to young JR during the opening minutes, who is serving time for a minor offense. The emotion on his face is not only impeccable, it is real – the prison scenes of this movie were actually shot in a prison, with real inmates a part of the background.

Despite barely being an adult at 19, JR has attitude, and takes it upon himself to act out when he witnesses what is happening to his cell-mate of only a few days. But this is prison, and every action has its consequence – much like every move made in a game of chess. It is the game of chess that introduces JR to hardened criminal Brendan (Ewan McGregor in one of his best roles to date); JR boldly proclaiming that Brendan is three moves away from checkmate. After JR proves himself to be on the ball, Brendan takes interest.

When JR’s attempt to help his cell-mate leads to him being the new target and probable victim, he is offered protection by Brendan’s ‘crew’. He is offered what is essentially a deal with the devil. Protection, for a price that he is clueless about. Before he can decide, his mind is made up for him when he is attacked and promptly saved by Brendan and co. in savage fashion. What must be noted here is the camera-work during these fisticuffs, avoiding the pitfalls of too many action movies to count: the action is filmed without the camera jerking and moving all over the place, while also using a minimal amount of shots; avoiding the Hollywood standard of cramming as many different shots into an action scene as possible. The result of this is that each blow, each punch, each gunshot hits you squarely in the gut, jumping off the screen in its ferocity.

Suddenly, JR is in another very different type of prison.

This ‘protection’ obviously affects JR, an orphan who perhaps unwittingly is desperate for a father figure of any sort. Brendan’s complete trust in JR, as well as his defense of him as the rest of the crew don’t take such a shining to him, further entrenches these fatherly feelings. As the film progresses however, it becomes clear that there is mistrust within the group. How much exactly, and what will result in this mistrust, is one of the many elements of tension that this movie provides. In addition to this, despite Brendan’s constant defense and protection of JR, we can’t help but wonder what his true intentions are. He seems to like JR, but doesn’t trust him as far as he could throw him, and the rest of the crew aren’t his biggest fans either.

What ensues next – the deal that JR didn’t actually agree to – and its aftermath, is again akin to a mental game of chess. Each character holds their cards close. It becomes evident that there are many secrets hidden, but how many, and whether these will affect JR is another fantastic element of tension. Each move that JR and Brendan make is calculated thoroughly, both being skilled chess-players after all, and it becomes wonderfully immersive as we wonder: Will JR become food for the fishes? Is he a target of Brendan, despite all that he has done for JR? Is he safe? More importantly, is there anyone that he can truly trust? It quickly becomes apparent that JR is once again imprisoned, perhaps check-mated. He can’t leave. JR’s thoughts begin to spiral, particularly about Brendan and his true intentions. Will he simply let JR go after their heist? Or is there some sort of catch?

This polished thriller will fill you with tension until the final scene, as finally our many questions are answered, and the mental game of chess between Brendan and JR finally ends. The winner? You will be guessing and changing your mind more than once, I assure you. An incredibly polished, thrilling movie by a debut feature-filmmaker. Bravo sir. I feel proud to be Australian! 😀